On July 28, 2011, Bob Bradley was fired as the Head Coach of the United States Men’s Soccer Team. This was due to a loss in the Gold Cup Final against Mexico one month earlier, even though he led the United States out of the group stage at the 2010 FIFA World Cup. While it was a surprise to see such a talented coach unemployed, it did not last long. On September 14, 2011, Bradley was hired to be the Head Coach of the Egyptian National Team. The goal for Bradley and Egypt was to qualify for the 2014 FIFA World Cup.

Egypt has been in the news the past couple of years. From the protests in Tahrir Square, leading to former President Hosni Mubarak to resign, to the unfortunate soccer riots in Port Said, where 70 fans were killed. The Egyptian National team was put under the spotlight to bring some positive news back to the country.

During the first qualifying round, Egypt had a perfect record of six wins and zero losses. They outscored their opponents a combined 16-7. Led by offensive stalwarts Mohamed Aboutrika and Mohamed Salah (six goals each), the Pharaohs looked like a legitimate threat to go to Brazil. But in the final round, things started to go wrong.
Egypt drew Ghana in a home and home series, with the winner qualifying for the World Cup. In the first leg played in Ghana, Egypt was blown out 6-1. The second leg has not taken place yet, but Egypt needs to win by at least six in order to book their ticket to Brazil.

While it looks like they are going to fall just short of their goal, Bradley and company have nothing to be ashamed of. A country fell apart around them, but they came together as a team.
Bradley has announced that this will be his last game as the Head Coach of Egypt. But with the success he has had, he should get plenty of offers from notable European teams. His success with the United States and Egypt show that he is ready to make the jump and lead a team on the best continent of football.

In their  final World Cup qualifying match, the United States overcame a 2-1 deficit in extra time to beat Panama 3-2. This result eliminated Panama from World Cup contention. Behind the goals of Michael Orozco, Graham Zusi and Aron Johannsson, the U.S. pretty much stole the game in which they started most of their backups. The USMNT only has friendly matches between now and June when World Cup play begins. Thanks to the win, Mexico is still alive for a chance to advance. Mexico now has a home and home series against New Zealand in which the winner advances. But Mexico still has its struggles, who are currently on their third Head Coach since qualifying started. In order to advance, superstar forward Chicharito needs to start putting the ball in the back of the net. One of the best soccer players in the world has been largely unnoticeable during their struggles. 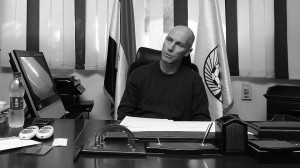