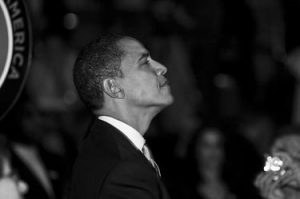 President Obama recently spoke about the “new normal” our country has sadly come to accept. Just what is the “new normal” Obama is bringing to our attention? The fear in the back of our minds is that we cannot live safely in our own country. Obama said in his speech concerning the shooting in Washington, that we have to “come together as a grateful nation” in order to make a change and eliminate as much “senseless violence” as we possibly can.
In his speech, Obama said that the victims at the Washington Navy Yard were “unique” and not mere statistics, but the victims were also “echoes” of other recent tragedies. Since Obama’s election on January 20, 2009 he has “grieved with five American communities ripped apart by mass violence.” The five tragedies President Obama recognizes are: Fort Hood in Texas, Tucson in Arizona, Aurora in Colorado, Sandy Hook in Connecticut and the Navy Yard in Washington D.C. The Fort Hood, Texas incident occurred on November 5, 2009 and involved gunman Major Nidal Malik Hasan who was an Army Psychiatrist on the Fort Hood base. There were 12 deaths and 31 wounded citizens and military individuals. The incident in Tucson, Arizona involved a gunman by the name of Jared Loughner on January 8, 2011. Six citizens were killed and 12 were wounded, including Democratic Representative, Gabrielle Gifford. On July 20, 2012 James Holmes killed 12 and wounded 58 in an Aurora, Colorado movie theatre during a midnight showing of “The Dark Knight Rises.” After the incident, police discovered dangerous wires, bombs, chemicals and booby traps in Holmes’ apartment – suggesting a more elaborate scheme. Arguably the most shocking mass shooting occurred on December 14, 2012 in Newtown, Connecticut, where Adam Lanza open fired in Sandy Hook Elementary School killing 20 children between the ages of five and 10, as well as six adults. This event struck the hearts of Americans nationwide.
The most recent mass shooting occurred at a Washington D.C. Navy base on September 16, when Aaron Alexis opened fire, killing 12. President Obama’s answer to the recent string of violence is to tighten gun restrictions. Obama promises the nation that further restrictions on firearms “will happen,” despite disagreement in Congress. Governor Cuomo has made the push in New York as well. In January he proposed the SAFE Act which has been labeled as one of the “toughest” set of laws in the U.S., because the act calls for a restriction, regulation and limitation on the sale of assault rifles and ammunition. This act, however, has the state in an uproar. Troopers and police officers statewide are refusing to even enforce the laws, because it is said to restrict the second amendment. Mass shootings have been a reccurring nightmare in our society, more so today than ever before, but should we go as far as saying they are a societal “norm”? Will these gun laws reduce the amount of crime in our nation or will a citizen’s revolt take place, only furthering the chaos? It is our right and duty as a democratic nation to come together and make a change to stop the bloodshed of innocent men, women and children. Let us take pride in our country and stop this whirlwind of terror that lurks behind every state, city and town.