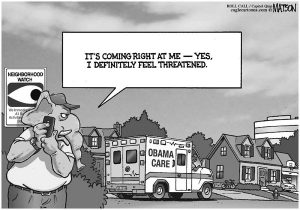 The Patient Protection and Affordable Care Act was passed in the spring of 2010 by an optimistic President and democrat-controlled legislature. Known more commonly as Obamacare, the passing of this bill has been recognized as President Obama’s chief domestic accomplishment.
The law, which was passed with plans to take effect in January of 2014, was intended to extend care to the estimated 32 million Americans who do not have health care coverage. The law requires that insurance companies cover all applicants with new minimum standards of care and that children be provided care from their parents’ health insurance until the age of 26. Provisions in the law state that rates would not change based on pre-existing conditions or gender.
Obamacare has stirred up a lot of controversy between the Republican Party, which holds control in the House of Representatives, and the Democratic Party, which represents the majority of Senate. The bill is wildly unpopular among most Republicans, who believe that this new health care system is restricting jobs and pushing up costs. In fact, Republican author and commentator David Limbaugh went so far as to say in 2012 that “Obamacare was the single most important catalyst leading to the tea party movement.” The Republican Party has tried 40-some times to repeal the law, but each attempt has died when it reaches the Senate.
The wide division between parties has been a great source of frustration for Americans who see no real effort from the government in balancing the budget or working on finances. The parties merely push around blame and shrug responsibilities off on each other.
Republicans are now looking to defund Obamacare. The House recently voted to delay President Obama’s health care law for another year, although they agreed to keep the provisions that are already in action. These provisions include children being covered until the age of 26 and prohibiting refusal of care based on preexisting conditions. A representative for the White House has promised that Obama will veto this delay proposal if it crosses his desk.
And so with the fiscal year ending Monday, September 30, it appears that the United States is coming closer and closer to a government shutdown. The debates over Obamacare, the budget and the possibility of raising the debt ceiling have introduced the possibility of a shutdown that would affect an estimated 41 percent of non-defense federal employees.
A shutdown would lead to many “non-essential” government programs being shut down. Programs like Social Security, Medicare and Medicaid would make it through a shutdown unaffected, because these programs are already measured into the federal budget. The House also passed a bill to fund U.S. troops in the event of a shutdown. And of course, government workers like police officers and firefighters would continue to work and get paid, as they could be needed at any time for emergencies. Programs like the National Park Service and agencies as large as The Pentagon, however, would be less likely to escape the effects of a government shutdown.
Both sides of the debate seem relentless in their cause. Republicans continue to work on delaying the bill despite being told time and time again that their attempts would be overturned by the Senate, the President and White House representatives have already said that the President will not allow his bill to be gutted.
So with the fiscal year coming to a close and both parties unwilling to meet in the middle, all that Americans can do is hold their breath and hope to evade chaos. 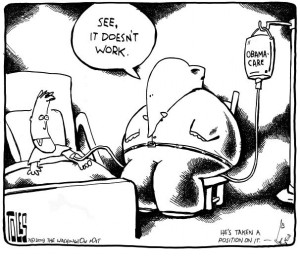