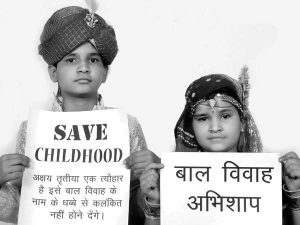 Last week in Yemen, an eight-year-old girl named Rawan was brought to a local hospital suffering from internal bleeding and a ruptured uterus. Local physicians worked for hours to stop the young girl’s bleeding but despite their best efforts she could not be saved. It was obvious to the doctors and government officials what had happened; this young girl was just one of the millions around the world who had been forced to marry men many times their age. In the case of eight-year-old Rawan, her husband was in his mid 40’s, and in the act of consummating their marriage Rawan received the injuries that would end her young life.
Yemen is considered to be the poorest country in the Middle East. United Nations reports state that within five years, the country will have officially run out of not only its number one export, oil, but drinkable water as well. To make matters worse for the impoverished nation, the government of the country was toppled in 2011 leaving many to fend for themselves. Ever-increasing poverty coupled with the lack of a strong government has led to a resurgence in the tribal tradition of child brides. In Middle Eastern tribal culture the husband’s family has to give the bride’s family a large sum of money or gifts in exchange for the permission to get married. So in Yemen, where the economy has collapsed and where water is quickly running out for farming, marrying off a daughter has become the only way in which some families can stave of starvation.
Many government and tribal officials are fully aware of the plight of the young brides, but according to Yemeni Human Rights activist, Arwa Othman, these officials turn a blind eye to the practice. Many believe child brides are a part of Yemeni culture and tradition dating back thousands of years and do not want to infringe upon that tradition. The recent revolution has left many government officials feeling as if they have bigger issues to worry about than the forced marriages of young peasant girls.
Despite the opposition, some members of the government have begun to take action after the story of Rawan’s death caused an international outcry. An aide to the new Prime Minister said that those responsible for Rawan’s death would be brought to justice. On top of this, members of the Yemeni Parliament have begun suggesting passing a minimum age for marriage. Although the international community has put pressure on Yemen to make these changes, many both inside and outside of the country expect little to change. As for now, with an estimated 45 million child brides around the world, stories such as the abuse and death of Rawan occur each and every day with no end in sight for these young girls’ suffering. 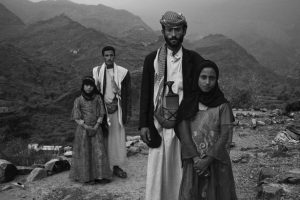