Carson Palmer, Quarterback, Arizona Cardinals: Palmer has been exactly what the Cardinals wanted him to be: an experienced quarterback that will give them an opportunity to win. On Sunday, Palmer and the Cardinals take on the lackluster Tampa Bay Buccaneers. Palmer will have a good day against the Bucs pass defense even if wide receiver Larry Fitzgerald is going up against Darrelle Revis. Look for Palmer to start going to the air early in the game if the Cardinals cannot get their run game going against the Tampa Bay’s stout run defense.

Darren McFadden, Running Back, Oakland Raiders: After a disappointing season in 2012, McFadden has bounced back for the Raiders since Terrelle Pryor took over the starting quarterback job this season. The Raiders take on the surprisingly disappointing Washington Redskins on Sunday whose defense sports the worst rushing yards per game average in the NFL over the first few weeks. Look for McFadden to be involved early to keep the chains moving and finish with at least 100 yards and a score.

Anquan Boldin, Wide Receiver, San Francisco 49ers: Boldin has quickly become Colin Kaepernick’s number one option at wide receiver this season. The 49ers take on the always feisty St. Louis Rams on Thursday Night Football to open Week 4. Look for Boldin to be Kaepernick’s security blanket all over the field while he deals with the pass-rushing tandem of Robert Quinn and Chris Long.

Joe Flacco, Quarterback, Baltimore Ravens: So far this season, Joe Flacco and the Ravens look nothing like the team that won the Super Bowl back in February. It wont get any easier for the Birds as they take on a surprising Buffalo Bills defense. Buffalo has been one of the stingiest pass defenses in the league allowing under 250 passing yards per game. Look for Mario Williams and company to cause a lot of problems for Joe Cool.

David Wilson Running Back, New York Giants: David Wilson has had a rough start to the 2013 season and unfortunately it won’t get much better in Week 4 against the Kansas City Chiefs. The Giants will go into Kansas City and have a long day on the ground against the number two run defense in the league. Look for Wilson to continue to disappoint fantasy owners with his fumbling issues and possibly be dropped by a lot of teams this week.

DeAndre Hopkins, Wide Receiver, Houston Texans: While Hopkins has started to come into his own this season, the Seattle Seahawks cornerbacks will harass him all game long this week. Seattle has allowed the fewest fantasy points to receivers this season and will continue their stellar play in Houston. Look for either Richard Sherman or Brandon Browner to shut down Hopkins on Sunday. 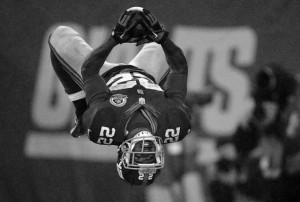 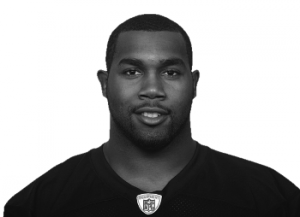