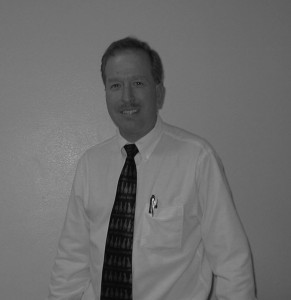 Mr. Oberkircher: “How are you, Ben?”
Me: “Fantastic. How are you?”
Mr. Oberkircher: “Me too. Why are we fantastic? Because we choose to be.”
Mr. Oscar Oberkircher is the Director of the Foodservice and Restaurant Administration Major as well as the Event Planning Minor here at SUNY Oneonta. Certainly all Foodservice and Dietetics majors will, if they haven’t already, have extensive exposure to Mr. Oberkircher’s philosophies about life and the importance of quality guest service.
Born in Buffalo, Mr. Oberkircher has lived all over the world, residing in places ranging from Hartford, CT to Japan and Paris. For his undergraduate degree, he attended Bucknell University in Pennsylvania and received a Bachelor’s degree in Business Management. Graduating into an atrocious job market without a pinpointed idea of exactly what he wanted to do left him with three choices for a job. One was being the person trying to convince weary, untrustworthy banking customers to use the brand new ATM. The next was to sell fire extinguishers. The remaining choice was to enter a management training program at Wendy’s. I believe it is safe to say which one he chose.
After gaining extensive experience at Wendy’s, “Mr. O”, as his students often call him, attended the University of Massachusetts at Amherst to get his master’s degree in Hotel, Restaurant and Travel Administration. Since then, he has worked as General Manager of Ground Round, a casual dining restaurant chain, Cracker Barrel, the widely popular family dining restaurant chain and Old Country Buffet, as well as starting his own business.
In 1999, his tenure at SUNY Oneonta began. When he came in, he was the program director of Foodservice, directing himself and only himself. Over the years, they have added three other faculty members, numerous dinners, wine tastings and many other events. In the coming years, he is looking to add more faculty, equipment and events, as well as offer an Event Planning track within the Foodservice Major to meet the demands of more students.
His advice to you? Get to know your professors and get involved in every way possible. As cliché as that may sound, he points out that talking to a professor and getting comfortable doing so can lead to true success. Since it is hard to get everything the first time you hear it in class, if you go up and ask a professor to personally explain it, he or she will be able to do so in terms that you will understand. Another reason to build relationships with your professors is because they are experts in their fields and have useful connections. Mr. Oberkircher has helped numerous graduates and students find jobs. On the front of getting a job, he stresses that getting involved is key on a resume. Getting that hands-on experience and giving that extracurricular effort is what really sets you apart from everyone else. On top of it all though, is attitude. “Attitude is trainable.”
Attitude is what sets a person apart. Attitude is what makes us “fantastic.”