Cook debuted in the Rams Week 1 win over Arizona. Cook had a great game finishing with seven catches for 141 yards and two touchdowns. His athleticism and skill, that seemed to be underused in Tennessee, was on full display. Cook was Sam Bradford’s favorite target and will continue to be throughout the season. If he’s on your bench, start him.

Welker has been one of the best receivers in the NFL for the past six seasons. Now under Peyton Manning, Welker started the season with nine catches and two touchdowns. He is primed for yet another huge year, despite having Eric Decker and Demaryius Thomas alongside him.

Cameron came into the season as a sleeper with some buzz around him. He proved that the hype was well deserved in the season opener, catching nine passes for 108 yards and a score. Although he has Brandon Weeden throwing to him, he is a reliable player. In their first game The Browns threw the ball 53 times. It’s doubtful they’ll do that all year, but they will be airing it out. Look for Cameron to put up large numbers.

Amendola played fantastic in his first game as a Patriot, posting 10 catches for 104 yards. This guy is a great route runner and has some of the best hands in the league, but his durability remains a question. He will not play for New England during the next couple of weeks due to a hip injury. Until he comes back healthy, sit him.

With rookie RB Le’Veon Bell out for at least a month, Pittsburgh gave Isaac Redman the start in Week 1. That decision backfired as Redman went on to rush for a miniscule nine yards with one fumble. Pittsburgh’s backfield situation is a mess right now and trusting Redman to get your team points would be a mistake.

Josh Freeman had a forgettable Week 1; losing to the New York Jets, completing less than half of his passes and throwing an interception. Freeman is in a contract year and has slowly been falling out of favor in Tampa. He has the talent to be a decent quarterback in the NFL but hasn’t put it all together consistently. Until he starts performing well, keep him on the bench. 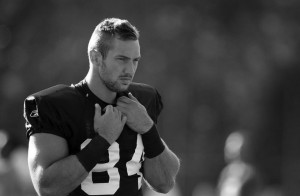 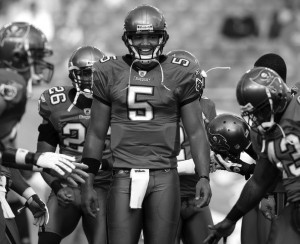