Major League Baseball has always been an old school game. America’s pastime is filled with purists who don’t want technology infiltrating and ruining their authentic sport any more than it already has. However, in the age of high definition television and slow motion replay, the majority of fans and players have argued that it’s time for a change. With everyone having the ability to decipher calls instantly, umpires have come under heavy scrutiny. As seen last postseason, missed calls can seriously alter not only the outcome of a game, but the course of a team’s season (see Cardinals vs. Braves Wild Card Game.) Over the past decade, the MLB has fallen well behind the technological curve compared to its counterparts in the NFL, NBA and the NCAA.

Realizing the league is in desperate need of a twenty first century makeover, Commissioner Bud Selig announced the proposal in August, calling it “a historic moment.” Selig unveiled the leagues plan to expand the video review process. Similar to the NFL, managers will have the ability to challenge an umpire’s calls. Each manager will be allowed one challenge during the first six innings of play and two for the rest of the game. The early inning protest does not carry over to the final three innings and if a manager wins the appeal, they keep the challenge. Let it be noted that not all calls are going to be reviewable; an example being balls and strikes. The final details of what can and cannot be challenged will be negotiated with the owners and Player’s Association after the season.

Many purists will argue that this will disrupt the ebb and flow of the game. Taking that into consideration, one of the new stipulations will be that reviews will not be done by the umpires on the field, but by a crew watching the games at MLB headquarters in New York. According to statistics released by the MLB, the average reviewed play takes three minutes and four seconds. After some tests, the new standard review time will be approximately one minute and fifteen seconds. This upcoming November, all thirty owners will decide on the replay changes, with a 75 percent vote needed for ratification. 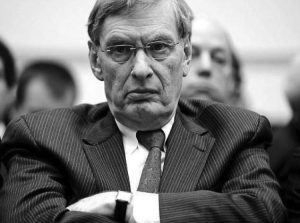