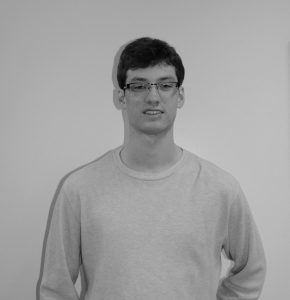 Whether you love them or hate them, television show theme songs are a fact of life. Before you get to see your favorite show, sitting through some form of a song is required. But give the guys a break, television theme songs are really hard to pull off. They need to get the viewer excited for the show as well as capture the essence of it, most of the times in under a minute. Usually nobody cares about the opening song and they are quite forgettable. But the best ones do more than just pass the time until the show starts, they become synonymous with the show. Below are the ten best television theme songs. These songs are so memorable, when you think of the show the song instantly pops into your head and reminds you why your favorite show is the best around.

1. Cops
The best theme song of all time may be more popular than the show it is featured on. While not everyone has seen the documentary/reality series “Cops,” literally everyone knows the words to its opening sequence. It is based around the catchy lines “Bad boys, bad boys/ Watcha’ gonna do/ Watcha’ gonna do when they come for you?” The cops are coming and they are going to get you if you’ve been bad. “Cops” follows real-life police officers as they clean up the streets and deal with the criminals of the world. An upbeat reggae song by Inner Circle (whose most famous song is an ode to sex called “Sweat”) was certainly an unorthodox choice, but it also is genius. The theme song for “Cops” manages to take an entire half hour show and sum up in only a few lines. Making its mark on pop culture, the song “Bad Boys” is so memorable that everyone has heard it, whether you know what show it came from or not – and that is why it is the best T.V show theme song of all time.

2. The Fresh Prince Bel-Air
In some way, shape, or form, the theme song lets you know what the show is all about. For “The Fresh Prince of Bel Air,” the lyrics literally tell the story of the whole show. With a great old school hip-hop beat backed by a catchy bass line and synth work, the best part of this toe-tapper is its lyrics. Written by Will Smith’s old group, DJ Jazzy Jeff & The Fresh Prince, you get the whole back story as Smith tells you to “Just sit right there/
I’ll tell you how I became the prince of a town called Bel-Air.” As we all know, Will Smith went on to become uber-famous and a successful movie star, and it is only fitting that he had a part in making one of the most memorable and best theme songs ever.

3. The Simpsons
The opening sequence to “The Simpsons” may be one of the most memorable and recognizable ever, and it definitely laid the groundwork for future shows to copy its blend of whimsical fun and charm. Who hasn’t heard the opening chorus “The Simpsons…” and then the classic string melody that follows. With short bursts of percussion to accent Bart’s hijinks during this opening theme, “The Simpsons” has a well-crafted title sequence that accomplishes what every other theme song has ever tried to. And that is that no matter how much or how little of the episodes you remember, there is no forgetting the opening theme and its endlessly catchy song.

4. The Office
One of the most beloved comedies also has one of the most beloved theme songs. Starting with a peaceful and happy piano melody, the theme quickly ramps up with a thumping bass drum and a catchy accordion melody. Add crashing drums to the mix, and you have a fitting and memorable theme song. Upon hearing this theme any fan of the show instantly remembers their favorite Michael Scott quote, the many pranks of Jim on Dwight, and Pam’s somewhat calming presence amidst the chaos that is Dunder Mifflin Scranton. “The Office”’s opening theme is as much a part of the show as the characters, and that is the mark of a great one.

5. Monday Night Football
Bright lights, hard hits and courage on the battlefield – that’s “Monday Night Football.” And the show’s theme captures the many ups and downs of a football game perfectly. With dramatic strings, high and low, paired with rollicking drums, this theme certainly gets football fans all revved up and ready to see their favorite teams fight to the finish. The triumphant tune is instantly recognizable, and when it plays you immediately think one thing, and that’s football.

6. Jeopardy
T.V show themes do not have to be complicated to be effective, case in point – “Jeopardy.” The classic game show has been entertaining curious viewers since its inception in 1964. The current iteration, with Alex Trebek, started all the way back in 1984. The unforgettable saxophone melody manages to capture the essence of contemplation, pondering and ultimately, waiting, all in a few notes. It is so perfect that it almost has become a joke of sorts. If you are waiting for your friends, simply hum the “Jeopardy” tune to let them know they are taking way too long and you have better things to do than wait for them all day.

7. Spongebob Squarepants
Everyone loves Spongebob Squarepants and its theme song represents the happy-go-lucky charm that he carries around with him every day. Starting with the memorable lines “Are you ready kids?” and of course their response “Aye aye Captain!” the theme jumps along with the help of some upbeat accordion and bouncing drums. Finishing off with Spongebob playing his nose to the melody of a flute, by the end of the theme song everyone knows the answer to the famous question “Who lives in a pineapple under the sea?”

8. American Horror story
The title sequence for the terrifying FX drama “American Horror Story” is unlike any others on this list, but it is no less fitting. How do you make a theme for a show gets a kick out of scaring the living daylights out of you? Well you make an opening sequence that does the same. The theme starts off with static noises in the background amidst a nightmarish string melody. There isn’t much structure to the theme; it is mostly a mismatch of scratchy sounds, moaning, droning and haunting effects. The theme has a laboring pace and slowly trudges on to equally grim visuals. In the first season mysterious old photographs, fetuses in jars, and a tour through a decrepit basement complemented the theme. In the second season, viewers are tortured with awful things such as a bloody eye, a girl walking backwards on her hands and feet up stairs, and tortured inmates. The title sequence for “American Horror Story” may be scarier than the show itself, and that certainly is saying something.

9. The Big Bang Theory
“Big Bang Theory” has become one of the most popular comedies around today. With six seasons under its belt and a renewal for season 7, fans of the show will continue to enjoy its catchy theme song. Written by the Barenaked Ladies (the guys who did “Chinese Chicken”) the theme song ties in perfectly to the show’s scientific and nerdy shtick. The best part about it is that it teaches you all about the formation of the universe and evolution. Starting off with a very slow buildup, it abruptly gets very fast paced, mentioning events such as the building of the wall, the creation of math and science, and of course, “We built the Pyramids!” “The Big Bang Theory” has a perfectly clever theme to go along with a clever and comical show.

10. House
The theme song to “House” fits the show perfectly; it is mystifying, a little foreboding, but certainly enticing. Its main features are a bass drum murmur that echoes the sound of a heartbeat paired with a mysterious harpsichord riff. Joined later by haunting female vocals, this theme song lets the viewer know that although they won’t know exactly what is going on in the episode until the very end, they will be captivated and entertained throughout their journey.