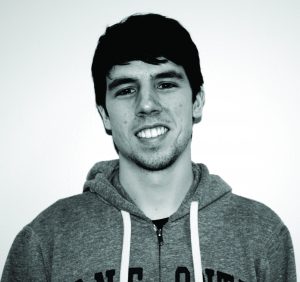 In 1985, the Nintendo Entertainment System was launched across the world. The console was an 8-bit system, which used cartridges for games and had a controller that had a direction pad, start and select buttons and an A and B button. 27 years later, in 2013, Nintendo’s newest system, the Wii U, is a console that is high-def, has downloadable games and its controller is a touch screen that can also sense you movements. Based on these facts you would think most people would choose the Wii U right? Wrong! Gamers love nostalgia.

The original Nintendo system provided gamers with the first ever “Super Mario” and “Legend of Zelda” games in their respective series. Fast forward to today and these two legendary series are still going strong and carrying the Nintendo name. As popular as these two series are though, they haven’t dominated video games for the last five years or so. Since 2007, the video game market has been dominated by a very select genre, most notably violent video games. Franchises like “Halo,” “Call of Duty,” “Assassin’s Creed,” “Uncharted” and “Gears of War” are just a few of the most dominate and influential games of the generation.

So why is it that these brand new, amazing looking and highest quality games receive so much flak and hatred from gamers, specifically “Call of Duty”?

Besides the already mentioned love for nostalgia, to me the more important element is what I call the “missing you effect.” The “missing you effect” is the basic idea that people can’t fully appreciate and enjoy something unless they have a break from it. The concept when applied to video games is the same, which is why Mario and Zelda have remained top sellers when their games come out, even though each series is almost 30 years old.

To compare, the last five major “Legend of Zelda” releases have been “Ocarina of Time” in 1998, “Majora’s Mask” in 2000, “The Wind Waker” in 2003, “Twilight Princess” in 2006 and “Skyward Sword” in 2011. Yes during this stretch more Zelda games have been released during the 15-year span but these five are the major games. The breaks between each game helped fans miss the series and let the build up for the next game. When compared to the last five major “Call of Duty” releases, which are “World at War” in 2008, “Modern Warfare 2” in 2009, “Black Ops” in 2010, “Modern Warfare 3” in 2011 and last year’s “Black Ops 2,” you can see why fans would have “Call of Duty” fatigue as well as not appreciating the series.

To me, there is no question about it that Call of Duty is a great series just like Mario and Zelda, however, the fact that it gets yearly releases is killing its legacy and unfortunate to see. As video game history continues to grow more each day, the big franchises such as Mario and Zelda will always be up there with the best of them and when all is said and done, I think “Call of Duty” will be too.