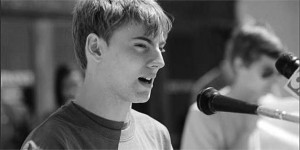 According to dictionary.com creationism means “a doctrine or theory holding that matter, the various forms of life, and the world were created by God out of nothing and usually in the way described in Genesis.” Kopplin is a strong believer in the separation between church and state, so when he heard of this new law he was outraged. Kopplin has argued that, “creationism is not science, and shouldn’t be in a public school science class — it’s that simple.” While in high school he realized no one was doing anything to repeal the law, and he decided to take action. As a high school senior, he decided to write a bill to repeal this law. To gain support, for the repeal Kopplin wrote a letter that would be signed by Nobel laureate scientists; he was able to get 78 of them to sign it.

Although he was not able to get it repealed on his first try, that did not stop him from trying a second time. Kopplin has also been very vocal against school vouchers unconstitutionally funding the teaching of creationism. Many of the schools in these programs are private fundamentalist religious schools who are teaching creationism. He believes that tax payer’s money should not be invested into this. Kopplin has received much criticism on his activist work concerning his age. In an article on Io9.com Kopplin said “What disturbs me though, is when other kids are the ones to dismiss me based on age. . . They see a 19 year old kid and can’t believe that I can actually go out and change the world.” Kopplin may have some odds against him and has not gotten the LSEA repealed, but he is not giving up. Kopplin believes that by denying science we are causing a great harm to our future that we cannot afford; especially when it comes to things like climate change.

While testifying in front of the Louisiana Board of Elementary and Secondary Education Textbook Advisory Council Kopplin told them “Please stand tall and endorse life science textbooks that teach real science rather than undermine it.” This is what Kopplin is fighting for, and the fight is far from over.