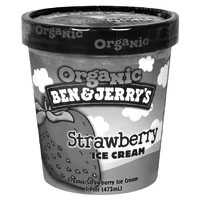 The importance of being environmentally friendly is playing an increasingly larger role in numerous industries and businesses across the globe. “Going green” can significantly raise the public opinion of a company, which in turn can boost sales and make that company more profitable.

Some businesses, such as Google, are doing what they can to help the environment via investments of profit. In 2012, Google invested nearly $200 million to build a wind farm in Texas.

While Google isn’t a company where being environmentally friendly greatly impacts their levels of production, investing money to help build a better future for thousands of people shows that Google is a team player in the fight to sustain the environment. Large companies know that investing in new technologies will benefit them in the long run, helping both their business efficiency and their reputation.

Another industry that focuses on going green is the food industry. Businesses such as Ben & Jerry’s have begun using organic ingredients as well as avoiding products from hazardous factory farms. This gives them a better view in the public eye because they care about the animals that they use to help create their food products.

Beyond organic ingredients and grass-fed livestock, the production of genetically modified meat is becoming a reality. For example, San Francisco start-up company Memphis Meats recently created the “world’s first lab-grown meatball.” The meat was cultured from existing animal cells and could be on the market in a few years. While it sounds unsettling, lab-grown meats can actually create a significantly positive impact on the environment. They only require skin cells of living livestock and will not require animals to be slaughtered for food. This means that in the future it could be possible to culture more meat from a cow than killing it would produce.

If this were to be a new cultural norm, it would save countless herds of livestock as well as save the land and food that they constantly require. Farmers could save money on meat and focus on other endeavors, and the market for meat culturing would open up a new type of farming industry. Ultimately, this would end up benefiting the producer and consumer as well as the environment.

Our earth does not have an unlimited supply of resources, and in many ways we are using resources faster than they can naturally replenish. If large companies invest in environmentally friendly technologies and set the precedent for how business-environment relations could be handled, then nothing is stopping society from helping the world to recover from its losses. Businesses can save the planet if they keep on trying.