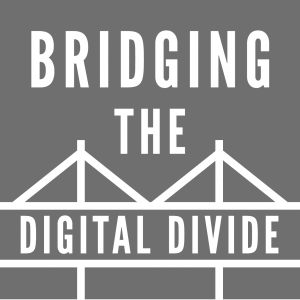 Technology is everywhere and is increasingly playing a larger role in our lives. Unfortunately, not everyone has access to the same information and technological devices. A great problem arises when it is assumed that all school children have access to these devices and the internet at home.

The digital divide is defined on cs.stanford.edu as “the growing gap between the underprivileged members of society, especially the poor, rural, elderly, and handicapped portion of the population who do not have access to computers or the internet; and the wealthy, middle-class, and young Americans living in urban and suburban areas who have access.” This can include inequalities within people of different socioeconomic backgrounds or between an underdeveloped and developed country.

In recent years, numerous surveys have been conducted to discover which demographic groups are the most common internet users. USA Today reports that “the groups traditionally leading the way in tech adoption — the young, highly educated, and relatively well off — are now nearly all Internet users.”

The United States government has been working to bridge this digital gap. U.S. News states, “The U.S. is the birthplace of the Internet, but 25 percent of Americans still don’t have access to it at home.” This is an issue for young students who cannot learn basic computer skills and are expected to complete online homework assignments. While schools and libraries do have labs with computers available for use, it’s difficult for students to complete all of their tasks where a computer is necessary during the school day.

Some initiatives are beginning to act on these issues. According to U.S. News, “The ConnectHome initiative is aimed at expanding high speed Internet access to more than 275,000 low income households.”

Some school districts are beginning to provide tablets or laptops to each individual student for use. Educators use this technology as a learning tool, which often has access to online versions of textbooks. This initiative, as well as the expansion of Internet access to households currently without, will benefit many school-aged children.

Lifeline is another program that’s been put in place to help bridge the digital divide. The Federal Communications Commission states, “Since 1985, the Lifeline program has provided a discount on phone service for qualifying low income consumers to ensure that all Americans have the opportunities and securities that phone service brings.”

Those who are eligible are able to receive this discount on one phone service per household. It is estimated that more than 12 million families in the United States benefit from this program. Last month, 85 members of the House of Representatives wrote a letter to Chairman Tom Wheeler asking to expand the program to include “all telecommunication services.”

If the expansion to the Lifeline program is passed, the services will include wireless internet service and coverage. Additionally, these representatives hope to change the requirements of the program to “prevent Lifeline providers from committing consumers to long-term billing relationships, asserting that providers should be discouraged from requiring credit checks, bank accounts, or disclosure of subscription history.”

The inclusion of wireless internet access to this program will benefit adults to better develop their professional skills as well as help children with their homework. For those middle class Americans unable to take advantage of the ConnectHome initiative or Lifeline program, President Obama is working to increase the amount of broadband providers to lower the cost.