Going into the weekend, the Oneonta Men’s Basketball team needed to win the final two games of the season to secure the sixth and final spot in the SUNYAC Playoffs. After coming off of a 75-59 victory against the Fredonia Blue Devils, it seemed as if things were about to fall into place with their season finale against the Buffalo State Bengals.

Six lead changes occurred early on with the Bengals eventually finishing the first half with a one-point lead. The Red Dragons matched each possession in the first half but their firepower ran out in the second.

The Bengals proved to be too much for Oneonta down the stretch as they managed to push the lead to 15 points before the final score read 96-86 in favor of the Bengals. Lack of production from different areas of the game was too much for the Red Dragons to overcome as their bench was outscored 49-15.

The Red Dragons also lost the fast break battle 30-2 as well as surrendering 54 points in the paint.

Seniors Mikey McElroy and Jack Dignan played the majority of the game, logging 40 and 38 minutes respectively. McElroy finished with 20 points on 6-11 shooting while Dignan recorded a double-double (13 points and 10 assists). Junior Lawrence Coleman led the Red Dragons in scoring and rebounding with 24 points and 17 rebounds.

The men finished the season with an overall record of 14-11 and 9-9 in the SUNYAC.

The women, on the other hand, had already clinched a playoff berth and were fighting for a home game in the SUNYAC playoffs. A victory over the weekend would have given the Red Dragons a home playoff game. The Red Dragons dropped the season’s final two games and will now travel to Cortland to take on their rivals, the Cortland Red Dragons in the SUNYAC quarterfinals.

There was still time for them to redeem their loss against Fredonia with a matchup against the Buffalo State Bengals. Both teams traded buckets down the stretch with the fourth quarter ending with two free throws by sophomore Samantha Lisikatos to tie the game and send it into overtime.

The Bengals gained a five-point advantage halfway through overtime but the Red Dragons stormed back. Overtime almost ended the same way as regulation, both teams trading points at the free throw line. Instead, the game fell in Buffalo State’s favor as a missed free throw by senior Lyteshia Price gave the Bengals a 63-62 victory.

Price led the team with a game high of 30 points alongside 12 rebounds. Junior Sara DiPasquale recorded 10 rebounds in the loss. 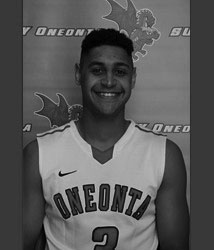 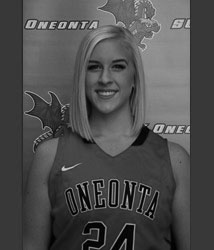