The 2013-14 season for the Buffalo Sabres was certainly a forgettable one. The team finished with a league-low 52 points and struggled in all facets of the game. Buffalo finished dead last in goals scored, 25th in goals allowed and the power play was dreadful at 14.1 percent. There is no question that the Sabres are still in a rebuilding process, but they did make some important moves in the offseason that should make this year’s team somewhat competitive.

General Manager Tim Murray has done an admirable job so far during his short tenure with the team. He hasn’t been afraid to shed the big contracts of veteran players Ryan Miller, Thomas Vanek and Christian Erhoff, which is the necessary move for a team that is trying to get younger and faster. Murray has also managed to keep Buffalo’s core of Cody Hodgson, Tyler Ennis and Marcus Foligno intact by signing each of them to multi-year deals. In 2013 the trio accounted for 48 of the team’s 150 goals and have each emerged as a leader for their franchise. Buffalo also added some veteran talent by bringing in Brian Gionta, who was named team captain. While Josh Gorges and Matt Moulson were named alternates. Gionta will be a candidate to be named captain because of the veteran presence he brings and his scoring ability. Bringing in Moulson also gives Buffalo the dynamic scorer they desperately need. Gorges and Meszaros will also provide some stability to a Buffalo defense that looked lost at times during the course of last season. The Sabres also drafted Sam Reinhart with the second overall pick of the 2014 NHL Draft. Reinhart put up elite numbers in 2013 while with the Kootenay Ice of the WHL, racking up 36 goals and 69 assists for a total of 105 points in 60 games. Reinhrt is a player with a tremendous hockey IQ and superior playmaking ability. Reinhart will make his  NHL debut October 8 against the Blue Jackets.

A big question mark for the Sabres going into the 2014 season is the team’s goaltending situation. Jhonas Enroth will be taking over as the starter after playing behind Ryan Miller for the last few seasons. After the Sabres traded Miller to the St. Louis Blues last March, Enroth took over as the starter and struggled, but the team playing in front of him didn’t give him much help. While Enroth has played admirably as a backup, his durability will be the key factor to watch as he tries to play a full season for the first time in his career. Backup goalie Michael Neuvirth also has a lot to prove after a lackluster season in Washington as their backup.

The future looks bright for Buffalo but not necessarily the near future. The team is rebuilding the right way by using the draft and keeping the team young, fast and void of any large contracts. There is no doubt that the Sabres will be a better team than in 2013, but the playoffs are still a few years away. Meanwhile, if Buffalo doesn’t make many improvements, they will be in the running for top prospect Connor McDavid, which would take the rebuilding project to the next level. 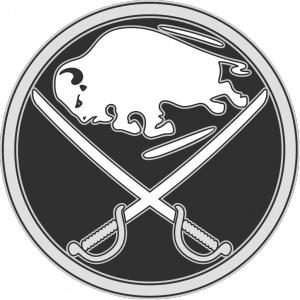