The waiting is over; fantasy football is back. After a displeasing Super Bowl as the Seattle Seahawks blew out Peyton Manning and the Denver Broncos, fans everywhere have been eagerly waiting for the NFL to return.
This past week was the conclusion of preseason football and rookies have been making big plays in an effort to not only make a name for themselves, but to make the final 53 man roster. Here’s a look at the key positions for this upcoming fantasy season.

Quarterback: Who else but Peyton Manning? Coming off a historic season throwing for 5,477 yards and 55 Touchdowns, the superstar quarterback will stop at nothing to get back to the championship. Manning is a solid first rounder for obvious reasons and is a top five overall pick. Another can’t miss pick is New Orleans Saints quarterback Drew Brees, a fantasy points machine who threw for over 5000 yards (his third season in a row). He is consistent every week and should be drafted late first round/early second round (if you are in a two QB league). Otherwise, wait until the third round in one QB leagues.

Wide Receiver: The first name that should come to mind is Calvin Johnson. Coming off his fourth straight season with over 1,000 yards receiving, Johnson is a safe first round pick. He not only provides consistency, but comfort to whoever owns him. Next at wide receiver is Denver stalwart Demaryius Thomas, one of Manning’s favorite targets. He is  a good pick; not only because he has the reigning MVP at QB, he also possesses a skill set unlike any other receiver. He can outrun a defense on a wide receiver screen or stretch defenses for Manning to throw to his other weapons. With Wes Welker questionable for Week 1 due to a concussion, this certainly provides a promising season for the Georgia Tech alumnus.

Running Back: Running backs are the core of any fantasy team.  Eagles superstar LeSean McCoy led the league in rushing last season, but can he repeat his previous successes? Head Coach Chip Kelly runs a fast offense and McCoy is the catalyst. With one of the best offensive lines in the NFL, McCoy  should be a top five pick. However, Chiefs running back Jamaal Charles has certainly made a name for himself averaging over five yards per carry. Don’t be reluctant to take Vikings star Adrian Peterson with a first round pick. Peterson is a workhorse and provides stability for any team. With Cordarelle Patterson being the clear number one receiver in Minnesota, the Vikings will have a balanced offense instead of overworking Peterson.

Tight End: If you want to draft someone who will put points on the board look no further than Jimmy Graham. His contract extension this past offseason makes him the highest paid player of his position. He will go in the first round of many leagues, but there is no need to fear because point producing tight ends can last until the fourth round.
Sleepers for this year include: Justin Hunter, Wide Receiver (Tennessee Titans), Emmanuel Sanders Wide Receiver (Denver Broncos), Cordarrelle Patterson Wide Receiver (Minnesota Vikings) Toby Gerhart, Running back (Jacksonville Jaguars) and Josh McCown, Quarterback (Tampa Bay Buccaneers)

Good luck this fantasy season and make it count. 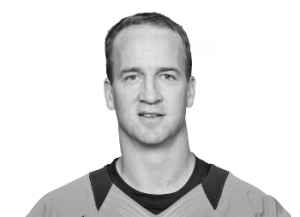