Since the turn of the 21st century, no city can be more proud of their teams than Boston. Over the past 14 years, Boston has been spoiled with championships from all of its professional teams in the four major sports: Boston Red Sox (baseball), New England Patriots (football), Boston Bruins (hockey) and Boston Celtics (basketball).

Before the 2000s rolled in, the Red Sox had not won a World Series since 1918. Despite fielding good teams and having successful seasons, they just couldn’t bring home the hardware. Some fans began to wonder when this drought or “curse,” would end. Then, in 2004, the Red Sox finally broke through in a season that can be described as nothing less than magical. They beat the New York Yankees in the ALCS after being down 3-0 in the series, the only team in  MLB history to do so, and went on to sweep the St. Louis Cardinals to win their first title since 1918. However the good times didn’t stop in 2004 as Boston would go on to win the World Series in 2007 and this past season as well. After a long 86 year drought, the Sox have won three World Series’ in a ten year span.

Before the 2001 season and the emergence of Tom Brady, the New England Patriots were a franchise without a Super Bowl victory, losing in their first two attempts. But the 2001 season was a turning point for the Patriots, one that would set them on a winning path to this day. The underdog Patriots, led by rookie quarterback Brady, went up against the heavily favored St. Louis Rams. The Rams had won the Super Bowl two years prior and boasted one of the most prolific offenses in NFL history. But it would not be enough as the Patriots pulled off an incredible upset on a last minute field goal to give New England its first Super Bowl.

Two years later, New England was back in the big game. Yet again, winning by a field goal. Then, in 2004 the Patriots were in yet another championship game, this time beating the Philadelphia Eagles. New England won back-to-back titles and three championships in a four year span. This “dynasty” had delivered Boston a surplus of Super Bowl victories. Despite losing the Super Bowl in 2007 and 2011, the Patriots are consistently one of the NFL’s best teams every year.
In basketball and hockey, the Celtics had not won a championship since 1986, while the Bruins’ last Stanley Cup victory came in 1972. That all changed in 2008 and 2011 respectively. The Boston Celtics have been one of the most successful franchises in NBA history. They have won a whopping 17 championships, more than any other team. Despite their past success, the Celtics and their fans had to wait 22 years for their next title. In 2008, behind the original “Big Three” (Ray Allen, Kevin Garnett and Paul Pierce), Boston faced the Los Angeles Lakers in the finals. Boston would finish the Lakers in six games for their first title since 1986. The Celtics would face the Lakers again in the 2010 finals, but were not able to achieve glory again.

The gritty Bruins put together a strong season in 2011 and pushed their way to the Stanley Cup Finals, their first appearance since 1990. With a high powered offense, stingy defense and strong goaltending, Boston went on to defeat the Vancouver Canucks in seven games to earn their sixth title in franchise history. The Bruins would be in the finals again two years later, but would end up losing to the Chicago Blackhawks.

The 2000s have been a great time to be a Boston sports fan. The city’s four major teams have combined for eight titles and 12 championship appearances. Needless to say, this has been one of the most impressive stretches for a city in sports history and does not look to slow down, as most of Boston’s teams are strong and shooting for yet another piece of hardware. 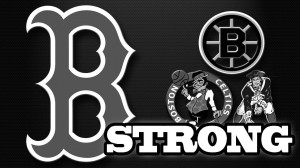