Earlier this spring, New York Mets General Manager Sandy Alderson claimed he believed the Mets would win 90 games this season. With no playoff appearances since 2006, this was a hefty claim to say the least. Mets fans are hopeful for improvement, but they are still a ball club with limitations heading into the 2014 season.

Outfield: The greatest addition for the Mets this off-season was the acquisition of lefty slugger Curtis Granderson. The power of Granderson was greatly needed in the Mets lineup, but the amount of strikeouts fans can expect may prove to be costly. However, exciting players like Eric Young Jr. and Juan Lagares provide a nice spark for the Mets. Young Jr. led the National League in stolen bases last season and Lagares has proven his worth at the plate for the Mets. The added depth of Andrew Brown and Chris Young doesn’t hurt either. (Grade: B)

Infield: If it wasn’t for Mets Captain David Wright at third base, this unit could be considered an unproven joke. Shortstop Ruben Tejada has a career batting average of .259 and has been sent up and down for several years. Daniel Murphy is often a fan favorite and a solid hitter, but his strikeout numbers are very high. Lucas Duda was recently announced as the Mets starting first baseman (after starting the year 0-6) and from time to time displays outbursts of power. But in 221 games the past two seasons, Duda has struck out 222 times. The debate of whether or not Ike Davis or Josh Satin should start at first base will likely continue throughout the year. Satin has proven to strike out the least in a limited sample. And at the plate, Mets fans are still waiting for Travis d’Arnaud to prove his worth. (Grade: C-)

Starting Pitching: Even after it was announced that Mets pitcher Matt Harvey will likely not make a start this season, they still have solid starting pitching. Dillon Gee has steadily improved each year and will look to continue that trend. Jenrry Mejia has been riddled with injuries throughout his career but has always displayed great talent when healthy. The Mets overpaid the forty-one year old former PED user Bartolo Colon, but regardless he provides needed depth in the pitching rotation. Mets fans can only hope that Zack Wheeler lives up to his potential this season, but the added arm of Jon Niese makes this group one of the Mets’ strongest points. (Grade: B+)

Bullpen: With closer Bobby Parnell already on the disabled list for the rest of the year, this group is loaded with uncertainty. Jeurys Familia, Kyle Farnsworth, Carlos Torres and Scott Rice have already displayed struggles early in the season. The Mets’ best reliever right now is Jose Valverde who has been around the league and draws concern with his age. Unless someone steps up, this group could be disastrous for the Mets. (Grade: D)

On paper, the Mets have improved, but they are still an  average team. Fortunately for Mets fans, how teams look on paper in April is often untrue come September. The lengthy season is sure to be full of twists and turns. 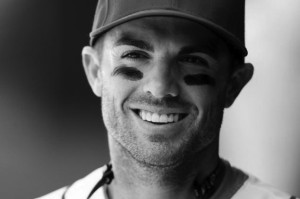