Bobby Lemaire, Sports Editor
With the 205th pick in the 2000 NHL Draft, the New York Rangers selected goaltender Henrik Lundqvist. This seventh round pick was not viewed as anything extraordinary at the time, just a team taking a chance on a player that most hockey fans had never heard of. But fast-forward to 2014 and Lundqvist has turned out to be arguably the best goalie in the NHL. On March 9, Lundqvist and the Rangers defeated the Detroit Red Wings 3-0 in a game with important playoff implications for the Eastern Conference. With this win, Lundqvist recorded his 49th career regular season shutout, tying him with Hall of Famer Eddie Giacomin for most in Rangers history. This was also Lundqvist’s 300th career win, one away from tying fan favorite Mike Richter for most in team history. Then on March 14, the Rangers beat the Jets 4-2, giving Lundqvist his 301st win. Through 563 career regular season games, Lundqvist has compiled a record of 301-193-61.

Throughout his time in New York, “King” Henrik has been both the face of the franchise and their best player. He set an NHL record for most consecutive 30 win seasons to start a career (seven). It most likely would have gone to eight seasons, but the incompetence of the NHL and NHLPA led to only a 48 game season being played in 2013, leaving less time for Lundqvist to continue the streak. He still finished with a respectable 24 wins, once again being the reason why this offensively challenged franchise made the playoffs.
During his NHL career, Lundqvist has collected a good amount of hardware. He made the All-Rookie team in 2006, is a three time all-star (2009, 2011, and 2012) and is a seven time New York Rangers’ MVP (2007-2013). But his most impressive NHL achievement was winning the 2011-2012 Vezina Trophy, given to the best goaltender in the league. Throughout the 2011-2012 season, Lundqvist went 39-18-5, with eight shutouts and a 1.97 Goals Against Average (GAA).

It is hard to believe how impatient Ranger fans were with  Lundqvist at the start of this season. During their early Western Conference road trip in October, both Lundqvist and the team struggled on defense. With new Head Coach Alain Vigneault and a new system to come with him, the team struggled to adjust. Vigneault stressed a more offensive-minded approach, having his defensemen take more chances in the offensive zone. While defensemen like Ryan McDonagh and Anton Stralman tried creating offense, the forwards needed to realize when to drop back and cover for the defense. There was clear miscommunication between the players, often leaving Lundqvist out to dry.

But fans were used to seeing Lundqvist make up for these breakdowns with clutch saves to keep them in the game. For some reason, he was not making these saves at the beginning of the year. As the season went on, the players got more familiar with the new system and Lundqvist worked with goaltending coach Benoit Allaire to try to get back to his Vezina winning ways.

While Lundqvist was attempting to recapture his old form, backup goalie Cam Talbot was starting and winning games. Slowly, the Rangers began to resemble the defensively responsible team of past years, while still producing more on offense.

If Lundqvist’s career continues on the same path since his original call-up, there is no doubt that he will be remembered as the best goalie in franchise history and his name will hang in the rafters at Madison Square Garden with the other Ranger and Knick legends. 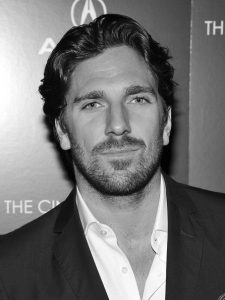