SeaWorld emerged in 1964 and was created by four graduates from the University of California, Los Angeles. Milton C. Shedd, Ken Norris, David Dermott and George Millay’s initial plan to build an underwater restaurant became an impossible dream, so instead a new ambition emerged, bringing together people of all ages to enjoy the many entertainments that an amusement park offers. What they have become well-known for, however, is one of their top tourist attractions: the Shamu show. The show presents killer whales as playful creatures that have both the intelligence and hard determination to learn unique and awe-inspiring tricks. But how playful are they?
There have been incidents in which captive killer whales have been known to kill people, often experienced trainers. Take, for instance, the famously known sudden death in 2010 of Dawn Brancheau, 40, a leading trainer in SeaWorld Orlando. Brancheau was gr 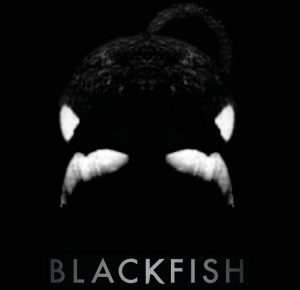 abbed after a noontime show by the infamous whale, Tilikum, who was also involved in two other deaths. Another trainer, Kenneth Peters, barely escaped a killer whale that bit him and held him underwater several times. Many say it is in the killer whale’s nature and that whales are not meant to be kept in captivity.
The latest controversy is Sea World keeping these mammals in captivity. This has recently been brought to the public’s attention due to  the documentary, Blackfish. This film reveals the history of killer whales and how humans have shaped their lives. It has often been suggested that because of the extreme conditions they are forced to live in, killer whales have become agitated and therefore “act out.” Compared to the ocean, the pool SeaWorld holds these mammals in is like a bathtub, and killer whales weren’t meant to live in closed waters. In an interview with National Geographic, former trainer Bridgette Pirtle agrees, but she adds, “They’re [killer whales] still going to need people to [care] for them until we come to a point where we stop using the animals as a form of entertainment.” A large concern is when, exactly, will that time come? Keeping certain animals imprisoned, especially the largest members of the dolphin family, can have disastrous consequences.
SeaWorld promotes the show through their website for the park in San Diego, suggesting, “we all have the power to make a difference in this planet we share.” Ironic, isn’t it, that the principal dispute is how these huge mammals are kept in captivity and people on the sidelines are crying for their freedom? There hasn’t been much change in SeaWorld’s conditions no matter the ongoing protest, but the future holds many possibilities. As long as there is constant hope for a better future both for animals and mankind, there will always be a chance to make a difference.