Baseball is one of Japan’s most popular sports. Games are sold out every night and the fans are incredibly dedicated to their team. The sport has some differences compared to American baseball. One major contrast is the ball size. In Japan, the balls are wound tighter which makes them smaller and harder. Also, the strike zone is narrower than the one in Major League Baseball. These differences don’t affect any position as much as pitchers.

Today, Japanese players need to go through the posting system to get to the MLB. This is when their Japanese team puts them into an auction for an MLB team to bid to get the rights to negotiate with the player. The highest bidder gets 30 days to work up a contract. If they can’t work one out, then they will go back to their Japanese team.

The first Japanese player to come to the MLB was Hideo Nomo. He went 78-46 before coming over to America. He had a very unique style of pitching which was called the “Tornado Delivery.” He came over in 1995 and that year he won the National League Rookie of the Year award. In his 12 year career he went 123-109, with a 4.24 ERA with 1,918 strikeouts. One of the most hyped up players behind Ichiro that came to the MLB from Japan was Daisuke Matsuzaka. In 2007 his bid was won by the Boston Red Sox and was given a contract worth $55 million. Daisuke threw a high-speed fastball, which topped out at 97 MPH. In his first year the Red Sox went to the World Series Although he had little success in the playoffs he was given the ace role again the following year. That year he went 18-3 and had his first solid postseason start. The following year he began the season shakily, giving up three home runs in his first start. He lasted one inning his next start before going onto the disabled list. He hasn’t been the same since, but he is currently trying to make a comeback with the New York Mets.

Another player who has started off hot is Yu Darvish. He has only been in the league for two years, but is already a two-time all-star, with a  29-18 record and had a near perfect game during the 2013 season. He is a great pitcher with a ton of potential. He went 93–38 in Japan over his six year career. Darvish is young and already one of the best pitchers in baseball.

The newest star out of Japan is Masahiro Tanaka. In his six year career in Japan he had a record of 99-35. Tanaka finished his 2013 season with the Tohoku Rakuten Golden Eagles with an astounding 24-0 record. The New York Yankees won the bid and gave Tanaka a seven-year contract worth $155 million. Tanaka will add a dynamic arm to the rotation with CC Sabathia and fellow Japanese pitcher Hiroki Kuroda.The Yankees are anxiously waiting to see if this signing pans out better than their last bid, Kei Igawa, who lasted only one year with the team.

Japanese pitchers have had some success in the MLB. Their pitching styles may be different, and some transition well, while others don’t have what it takes. Tanaka is the newest addition to the  Yankees and his arm looks like it will add another element to the pitching rotation. This could pan out well, like Nomo or Darvish, but it could go downhill like Daisuke or Igawa. Only time will tell. 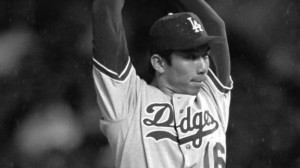