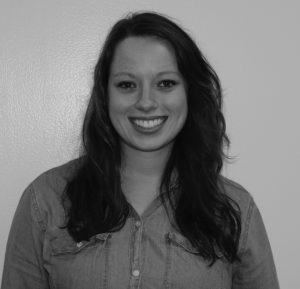 In 2014, we are a society that is rarely left speechless— new words are constantly being added to our vernacular the new generation. I keep catching my younger siblings and my students saying these new terms, or some familiar ones, but used in a different context. For example “yolked” meaning “fit, built, muscular”, “guap” meaning a large sum of money, “finna” meaning “about to be finished or completed”. Thess are just a few examples of the evolving language being used in today’s ever-changing world.

We also feel the need to define everything in our lives. We’re told that all tangible objects must have a place and a word we can easily define. But why is it that our generation quite often lacks the means to define a relationship? If we can craft new words, delineate all things, why are we not able to easily define a relationship status? Or is it because we don’t want to?
Back in Facebook’s prime, it was as simple as clicking “it’s complicated” or “in a relationship”. Done. You were labeled. Now, for some reason, we’ve adverted from classification of relationships, and the older generations can’t grasp why.
We are generation Y and live in a “hook-up” culture. It’s healthy and it’s a part of life, but a majority of people who are college-aged really don’t seem ready to settle down. And certainly a majority of us aren’t looking for that. We’ve become the reverse of our grandparents and our parents’ generations. The idea that by age 21 you should be married and by 23 you should have children is an absurdity to most twenty-somethings.

We are the generation of career and education-driven students and the pressure that is put on most of us is so intense that we don’t have time to commit to someone. Due to the gap in age and in belief, it’s something that our parents can’t grasp, the idea of lackadaisical causal sex, or hooking up. They don’t understand that Jake isn’t your boyfriend, he’s just around when it’s convenient.

The main difference between our parents and us is that we see hook-ups as the status quo. Causal hooking up is a norm for us millennials. Granted, generation X faced a hook-up culture too, they were just raised not to talk about it. We grew up in a more liberal and open-minded society and therefore we don’t think a lack of a relationship is necessarily a bad thing — and it’s not. In this society the average age to settle down is thirty because of our competitiveness in career fields leaving our twenties for “hooking-up” and not fully committing.

Generation Y seems to also have become the generation that lacks patience, and only possesses things temporarily which negatively impact relationships. This could easily influence the idea that we are reluctant to become serious with someone. We live in a world that when things break, they are replaceable — it’s how we were raised. We view relationships in the same lens, which could contribute to our lack of commitment. We often question, why start a concrete thing if it’s just going to end, or “break”?
It’s simple, we are a generation of people who strive for a bright future but we also seek a human connection that’s not so serious. We’re not labeling relationships because we don’t have to. Who is telling us that we need “boyfriends” or “girlfriends”? Sometimes we just need a person. With movies like “Friends with Benefits” and “No Strings Attached” influencing society, I think the hook-up culture is here to stay.

I say, if you’re being safe, healthy and you are happy with yourself, embrace the hookup culture. Or, if you’re lucky enough to find another soul brave enough to face the challenges of a relationship in this society, hold onto them tight — contrary to popular belief, some things are irreplaceable.