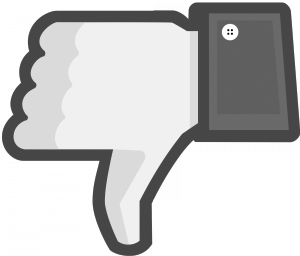 Rome wasn’t built in a day, but the prominent social empire Facebook might as well have been. By now we all know the story, whether it’s from the critically acclaimed film “The Social Network,” the book the movie was based on, “The Accidental Billionaires,” or just the public’s general fascination with Mark Zuckerberg’s story. It was one of the fastest growing revolutions and very quickly overtook the colossal social networking site MySpace. Within its first calendar year, Facebook grew to one million users —now, there are over one billion and that number grows every day. Recently, however, there have been concerns about the dwindling use among the younger population, with a 25 percent decrease among 13-17 year olds, and a seven percent decrease among 18-25 year olds, according to a study by iStrategyLabs. Few companies have made as much technological advancement so quickly, yet one question remains prevalent. Why has Facebook lost popularity amongst the people it was designed for?
It’s no longer just for college kids trying to connect and find out if somebody is single or taken. It’s for the baby-boom generation to get in touch with their high school ex-boyfriends, it’s for pages like “Pretending to Text In Awkward Situations” to post a “legit” offer of free iPads if you just “click here.” It’s for clogging up your e-mail with invitations to play Farmville, Candy Crush, or the latest fad. The issue is that there’s a lack of a niche.
Another reason kids are starting to use it less? Their parents, aunts, uncles, and grandparents are starting to use it. The same study from iStrategyLabs shows that in the same time the decreases among 13-25 year olds started, an 80 percent increase among users 55 years old or older has occurred. This has led many teenagers to share less on Facebook. Users feel less comfortable expressing themselves and must go through extensive privacy settings to keep certain information somewhat private. The same privacy settings that are constantly in the news, with controversy about Facebook owning all of the content you post and with spamming and hacking as rampant as ever, trust has weakened.
Where has the younger generation taken their social media presence? Instagram and Twitter offer quicker and easier modes of sharing where you know what you are getting and can find new posts easier using hashtag features. Twitter lets users spew thoughts quicker and gives them a voice to say whatever they want, whenever they want and gives them an insight into celebrities’ lives. Similarly Instagram, owned by Facebook, inspires art and gives people the chance to connect with users all over the world without knowing everything about them and giving away all your personal information.
With all this in mind, there is no danger of Facebook becoming extinct anytime soon. Facebook’s meaning is simply changing for its users. Today it is widely used to make events and have group chats. Careers are sometimes even made through its advertising power. People still scroll through their news feeds mindlessly throughout their day and use Facebook to try to find pictures or information about someone they just met. The name of the game now is to wait and see what Facebook does next to bring itself back to the forefront of our lives.