Cady Kuzmich, News Editor
The government wasn’t the only thing to shut down last week. Silk Road, the so-called “E-Bay of illegal drugs,” has been officially stomped out. The popular drug-trafficking website has ended its brief, yet profitable, two year stint following the arrest of 29-year-old owner, Ross William Ulbricht. Known as “Dread Pirate Roberts” in the deepest realms of the internet, Ulbricht was arrested on October 2, in San Francisco.
The Silk Road was not exactly easy to find, especially since customers used bit-coin during transactions instead of cash or credit cards. Since its 2011 launch, Silk Road has raked in 9.5 million bit-coin, roughly equivalent to $1.2 billion. The site required a TOR network, so customers would not be able to find it by simply using Google. Regardless, Dread Pirate Roberts wasn’t quite hard enough to find. After Ulbricht’s arrest, online shopping carts full of heroin and weed were emptied, leaving those in need of a fix with two options: to hit the streets or set up an account at a competing site to do exactly the same thing. 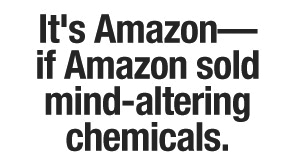 For two years now, Silk Road has provided thousands of clients with a relatively safe way to obtain drugs. Consumers could decide who to buy from based on the ratings past consumers have given, much like any other online shopping site. SUNY Student James Hurley (name changed for anonymity), offered to share his perspective on Silk Road, saying, “What was great about it was, it really globalized things. I got some really fantastically pure MDMA from Germany. Oh, hit the spot. It made getting source drugs easy, as easy as buying off Amazon if you knew the way. You could go from no connections to being the big dealer in town, in weeks. That was not possible before.”
He went on to discuss the impact of the shutdown. “Overall I think shutting it down hurts a lot, as now people won’t be able to get good product as easily, leading to shitty people passing off Meth and Heroin as the drug du jour (Molly right now, acid yesterday, Ketamine tomorrow? Hard to tell) leading to more ODs, addiction and pain.” Hurley closed saying, “People are going to do drugs either way, best to do them as safely as possible.”
Despite praise for being a safer way to buy and sell drugs, the Silk Road had plenty of dark corners for shady deals. While messy street-deals were generally avoided, the site supposedly offered contact lists for hit-men, weapons and lessons on how to hack ATM machines. Even former owner, Ulbricht, has been accused of hiring a hit-man to take care of a less than compliant dealer.