There is a small and underappreciated cult of Native American authors that write and publish fiction. One of these authors is Stephen Graham Jones, a descendent of the Blackfoot tribe and the author of over 23 published works. “Ledfeather” is an extremely experimental contemporary novel that revolves around the historical legacy of Indian reservations and colonialization, and  how  that  history  has  embedded itself into the lives of modern Native people.

The structure has an episodic timeline, meaning it jumps from time period to time period so that it becomes disorienting. Meanwhile, many chapters are written from different points of views. One such point of view is that of Francis the Indian Agent, whose story is told through the letters that he wrote home to his wife, whom the reader never meets. In 1883, he is occupying the western territory of the U.S and working with the government in its campaign to estrange and weaken the populations of Native tribes occupying the west. First, he is proud of his work as he thinks that he is performing a good deed. But as time goes on, his letters become full of guilt as he wonders what his purpose really is. Meanwhile, he is falling deeper and deeper into a state of mental instability.

Doby is more or less the main character, or focus, of the novel. He is a young man repetitive in modern day Montana living on a Blackfeet reservation struggling with alcoholism, abuse, depression and suicidal thoughts. The reader is eventually lead to the fact that he is in pos 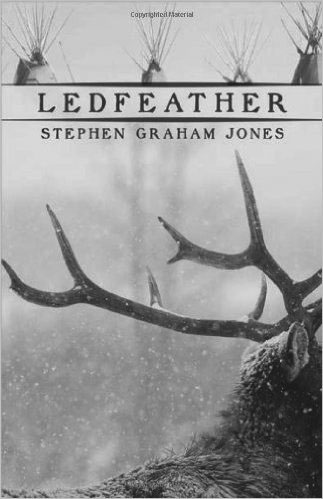 session of these letters written by Francis and becomes obsessed with their content. The past and the present are connected in such a way through the entirety of the plot, emphasizing the role history plays in shaping the modern world. Doby symbolizes the various epidemics that plague in particular young Native men, including the shockingly large statistic of teens that die due to suicide on reservations.

But, it is not a structure for the faint of heart. It’s purposely meant to disorient and confuse the reader, while breaking expectations many Western readers have of fiction “rules.” Sometimes, narratives are ended suddenly and morphed into another point of view. Overall, it is an incredible novel that is unforgettable. It is bound to make anyone think after they have finished reading it. From the perspective of a white person that has been taught a white washed and Westernized history, I learned a lot from it. Some Americans have the privilege of taking the past for granted because it has brought them a certain level of privilege in the present. But for the population of Native Americans, remembering is a strategy adopted in order to rewrite the narratives that have been lost and to explain why there are so many problems on reservations. According to Stephen Graham Jones and “Ledfeather,” intergenerational cycles of abuse and oppression leads to a certain post-colonial destiny that can be escaped, but only after history is acknowledged.