As a Latino-American child growing up with 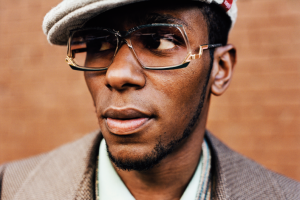 immigrant parents and living my whole life in NYC, it’s hard not to grow up being influenced by a lot of different things—whether it be the dancehall, Reggae music of the late ‘90s, or the grunge scene becoming rampant with edgy teenagers still present in the early 2000s. You can’t help but grow up and listen to all types of music. But, one music scene that stood out to me would have to be a genre of music or rather, a whole culture, created in NYC.

Hip-Hop to me is the most beautiful thing to exist since the creation of water. The way rappers tell stories while rhyming and at the same time livening up the crowd is something that I wanted to emulate without even realizing it. As a child in NYC, rappers (and basketball players) are the people you look up to. All of my friends wanted to become the next Kobe Bryant, Michael Jordan, Allen Iverson, or Tracy McGrady. I had a couple friends that wanted to live exactly like Jay Z, Fabolous, and 50 Cent. While some didn’t really connect with those particular people, there was always a rapper that they could connect to. The white boys liked Eminem. The Latino boys liked Big Pun or Fat Joe. And the kids in general who weren’t about the fancy, flashy life talked about in a lot of the music listened to Black Star: Mos Def and Talib Kweli.

As a child in NYC, you live with Hip-Hop. It’s just something that is a part of your culture; it is a part of your being. It’s something that you realize as you grow up, Hip-Hop is a way out of all the obstacles and struggles that you may find in your daily life. If you’re good at this, if you manage to get signed, it could change the way you wake up in the morning. It could change everything from the house you live in, to the food you eat, even the toothpaste you brush your teeth with. And that sometimes could be a problem because people just “do” and forget to reflect. They forget to reflect on the pioneers, on the ladies and gentlemen that have helped pave the way, and all the scrutiny these people faced and some still face to this day. You see, rap music is music that entails a story. Rap music is the description of one’s way of life. This is why you have so many different types of rap. Some rapper’s lives are filled with gang violence, drugs, luxuries, and ladies. So, as a child growing up, I found it really irritating to hear people speak so negatively about something I TRULY LOVE. When someone says rap music is garbage, that rap music promotes violence, or that rap music requires no skill to create, they have no idea what they are talking about.

As a rapper—as someone who truly admires and cares for the culture—I took it as my responsibility to not only create, but to protect all other creations before mine. Some rap fans will defecate on the new music that is created today and some new artists will tarnish the legacies that have been created via Rap music. As a true fan of Hip-Hop, I am a fan of both the old and new.

As a true fan of Hip-Hop, I don’t discriminate against either side for in reality, all generations of Hip-Hop have their ups and downs, just like every other genre. All I want, besides being known for the music I create—besides being known as one of the greats—is to help promote Hip-Hop in a way that no one has ever done before, in a way where no one can deny the importance and respect that Hip-Hop deserves. So when people say that Hip-Hop is dumb, just look all around you. A person, (it might even be your best friend) is in fact, in some way influenced by the music and the culture. This kid might be wearing a specific pair of shoes because Kanye said so. This person might idolize Malcolm X because Public Enemy said so.

To deny Hip-Hop its respect is an injustice. To write the word “Hip-Hop” without capital “h’s” is an injustice. So as an ambassador of Hip-Hop, I have taken it as my responsibility to collect dues.

As a child, growing up, I was educated as to how important Hip-Hop really is to our society. I hope that in some way or form, I’ve taught someone else that as well.