Can you imagine traveling around the world to inspect and purchase Ferraris for your clients who give you a million dollars or more for a budget? Probably not. But Marcel Massini can, the man who actually goes Ferrari shopping on a daily basis for his career. Known for his expertise in being able to spot classic, well-conditioned Ferraris, Massini is called on by the ridiculously wealthy to do some casual car shopping for them.

Or, like Eric Roth, you could spend your days redesigning the interiors of private jets. As ludicrous as this sounds, Roth isn’t the only one who does this. He is simply the president and creator of the International Jet Interiors company. This company works with millionaires and billionaires to make the inside of their jets more comfortable, and of course, flashier. Roth can even put a million-dollar movie theater into his client’s jets. However, some of his clients only want smaller comforts, like an alligator skinned toilet seat.

Obviously, these men had dream jobs that they were somehow able to make into a reality for themselves. However, there are dream jobs, though slightly less extravagant, that can be a reality for you too. For instance, many people get paid to test and review cars. If driving is something that you enjoy, why not ride for a living? People are also employed to test and review video games! If you’re a natural gamer, why not get paid to play? Although you wouldn’t be making the money that Massini and Roth are, you also wouldn’t be sitting at a desk working a job you loathe.

For those of you who love fashion, a fashion buyer is also a real career. Fashion buyers spend their days shopping for clothes; deciding what’s in, what’s out, and what the next style will be. Through analyzing fashion data trends and assessing seasonal change you’ll be able to see statistically what comes next. And of course you’re also able to attend fashion shows, and keep the clothes you buy that your company decides against.

There’s also the dream job for all the 21-and-ups out there: a beer or wine taster. Imagine sipping on wine all day, and being paid to do it. When drinking now, you can claim that you’re practicing for your future career. It’s a tough job, but someone’s got to do it.

Or, for the nappers, when scolded by your parents or roommates for sleeping too much, tell them you’re practicing for your soon-to-be career of a duvet tester. Sleeping is an important and necessary part of every day life, and duvet’s play a large role in that. It’s a serious position, but being paid to snuggle up wouldn’t be the worst job.

The list of ridiculously cool jobs goes on and on: a waterslide tester, a food or movie critic, or a TV corps for the actors whose career never took flight. However, none sound as cool as a private-island caretaker. Although it has its drawbacks (such as the solitary life one has to be okay with to live on an island) the benefits are unimaginable. People are paid to stay on islands that are privately owned, and in doing so are able to see a part of the world that isn’t available for anyone else’s viewing. They spend most of their days doing handiwork for the owner of the island, but they live in a paradise. 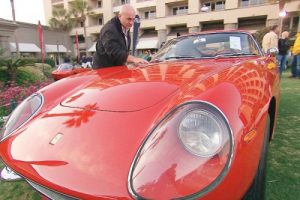 Even if you’re unable to be a Ferrari shopper or private-island caretaker for a living, it’s important to have a career goal that will make you happy. It’s all too easy to sell-out and begin a nine to five office job after college. However, your life career should not feel like a job. It should be something you enjoy, something that challenges you, and something you can look forward to each day. The employment opportunities don’t appear vast, but for those who are willing to search the extra mile, cool jobs are lurking everywhere.