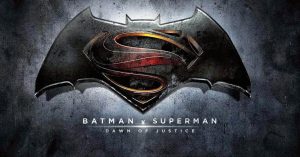 It’s been three years in the making, and Batman v Superman: Dawn of Justice has finally arrived. Before I read the reviews, I had some preconceived notions about how this movie would play out and what I thought it would be like.

I loved Christopher Nolan’s Batman trilogy, especially The Dark Knight, so I was excited to see how Ben Affleck’s Batman would turn out. However, I was not a fan of Man of Steel, the most recent Superman origin movie starring Henry Cavill. I thought it was too bleak and hard to relate to Superman. With excitement for Batman and ambivalence towards Superman, I wondered how Dawn of Justice would end up.

While it had some great parts, overall Batman v Superman is a semi-cohesive mess that spends too much time setting up future movies rather than focusing on what makes this film work.

The movie starts off with Bruce Wayne at Metropolis during the events of Man of Steel, where Superman is fighting General Zod. Wayne hurries through the rubble and tries to save people, but he sees the destruction and death that Superman is causing. This sets up Batman’s growing anger towards Superman over the next year and a half when Superman becomes a public figure.

Meanwhile, Superman’s alter ego Clark Kent is trying to do what he can through his job at the Daily Planet to change the public’s opinion of Superman while also trying to turn Batman into a vigilante. Wayne and Kent come into contact with each other at a charity event and share their opposing views on Batman and Superman.

Enter Jesse Eisenberg, playing the weirdest rendition of Lex Luthor anyone has ever seen. Instead of being a sort of malevolent rich villain, Eisenberg portrays the character as a goofy yet insane philosopher. Luthor wants the U.S. government to allow him entry into Zod’s crashed ship, where he thinks he can extract kryptonite to keep Superman in check should he turn against humanity. When the government refuses, Luthor takes matters into his own hands.

The first half of Batman v Superman is politically charged and seems more like a thriller than an action movie. However, as the movie progresses, it begins to fall apart. Wonder Woman is briefly set up, but doesn’t come into play until the very end. Transitional scenes are missing, and drastic location jumps — or even reality jumps — occur frequently. This adds to the film’s choppiness. It feels evident that a lot was cut from the film, but more or different cuts would have been beneficial.

Batman is the best part of this movie. Affleck portrays him well as an aging hero who just wants to get the job done. Christian Bale’s “no guns, no killing” mantra from The Dark Knight trilogy has been thrown out the window; Batman kills people without a second thought in this film. A nice bonus is that Batman’s fighting style mimics the fighting from the Batman video game, “Arkham Knight”.

Speaking of fights, Batman and Superman really only battle once. That being said, the fight is great. Both heroes truly feel evenly matched. It feels raw and rather slow paced in its sequences, which adds to the impact of every punch the heroes throw.

Then Doomsday comes in.

This whole plot point feels weak and shoehorned into the movie so that Batman, Superman, and Wonder Woman can become allies. Doomsday’s birth at the hands of Luthor doesn’t really make sense. His fight against the trio of heroes is fun to watch, but it goes against the tone of the film. The entire movie is this political, slow paced plot that attempts to be more intelligent than the average superhero movie, yet it ends the same exact way: the heroes team up to fight a giant CGI monster and way too many explosions occur.

In the end this film is worth seeing, even if it is to understand the public’s opinions. Batman v Superman is in no way abysmal like some people are saying, but its criticisms are understandable. However, it probably made one of the worst mistakes a film can make, which is to trade quality for quantity.