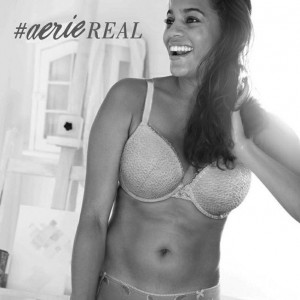 For years, social media has negatively affected women’s body image. As these sites and platforms begin to play an increasingly larger role in young girls’ lives, the issue is becoming predominately worse.

Recently, Instagram model Essena O’Neil exposed the ugly truth behind the pictures she posted on social media sites. She changed each of her photo captions to provide insight on the process that she went through prior to posting. From calorie restriction and excessive exercising, to photo shopping and staging “candid” photos, this young Instagram model tried to catapult a revolution of girls altering their perception of women’s bodies and social media. However, not much changed.

It seems as if everyday a new photo editing app for smartphones is being released and a new advertisement for a different fitness Instagram account is showing up on people’s feeds. Social media and technology are drilling into young girls’ and women’s minds everywhere that in order to be beautiful, they must feel the need to alter their image and change their bodies.

After the Grammy Awards on February 15, commentators discussed how women’s outfits accentuated certain body parts. According to Us Magazine, Meghan Trainor’s sparkly black dress “showed off her curves” while Adele’s black gown “emphasized her waist.” Zendaya “made a statement” by wearing a pantsuit. Any singer deemed attractive by society’s standards had their dress cutouts described as “sexy,” such as how Tove Lo’s dress “exposed her midriff.”

Companies like Dove and Aerie have decided to work against the negative portrayal of women’s bodies and by creating body positive advertising campaigns. Dove’s Real Beauty campaign started in 2004 when the company began to gather research on how different body types of women are received in advertisements. They have recently discovered “only four percent of women around the world consider themselves beautiful, and anxiety about looks begins at an early age.” Their campaign invites people to “challenge beauty stereotypes.”

Aerie’s brand targets young women in high school and college. Their Aerie Real campaign shows untouched photos in their advertisements that no longer use supermodels. “Why? Because there is no reason to retouch beauty. We think the real you is sexy.”