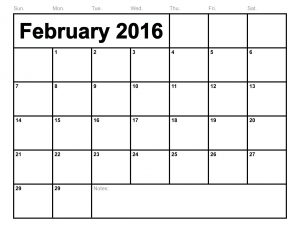 February is known for Valentine’s Day, the Super Bowl, and maybe even Groundhog’s Day. There are some holidays to celebrate birthdays of past Presidents as well, but they are often forgotten except for sales in stores and the days off from school. However, some of the most important holidays of the year fall during this month as well.

Most importantly, all of February is Black History Month. Also referred to as African-American History Month, this tradition wasn’t hatched until 1926 when historian Carter G. Woodson announced that the second week in February was reserved for “Negro History Week.” The initial hope of this week was to bring black history to classrooms in all public schools, and many educational institutions only allowed the occurrence of this half-heartedly. The week of recognition was not turned into a full month until 50 years later, when the United States Government officially recognized February as a month that is dedicated to the history of African Americans.

National Drink Wine Day is on February 18 and National Margarita Day is on February 22. The new year brought perfect timing on the days of the week for these two celebrations. National Drink Wine Day lands on a Thursday, bringing the perfect preparation for making it through one more day before a nice, relaxing weekend. National Margarita Day falls on a Monday this year which goes perfectly with Moe’s Monday. What better way to celebrate than picking up a burrito to bring home and eat with your margarita?

For those who cannot legally drink yet, February 18 is also National Crab Stuffed Flounder Day for seafood lovers, and February 22 is also National Cook a Sweet Potato Day. These potatoes can be baked, fried, or mashed, and paired perfectly with your favorite food.

Dogs everywhere celebrate their favorite holiday on February 23, or as its known to them, National Dog Biscuit Day. The pet that is happy almost every day of the year, wagging their tail and barking at some squirrel climbing up a tree outside the window, is its happiest on this day of the year. There is no better way to celebrate than with a nice walk enjoying the winter air paired with the dog’s favorite biscuit as a post-walk snack. Some years this holiday will land on the fourth Tuesday of the month, also known as National Chili day, which would allow the dog’s human friend to warm up after the walk with a nice bowl of hot chili.

This year, 2016 has graced us with February 29, giving us a special day already built into the calendar once every four years. For some, it is a chance to celebrate their birthday on the actual day they were born– for the rest of us, it is an extra day we can use to enjoy the second month of the year just a little longer.