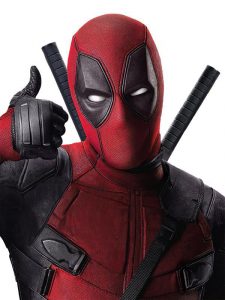 With a $135 million domestic gross, Deadpool had the biggest opening weekend for an R-rated film in history. So, what makes this potty-mouthed superhero so lovable? I can give you eight reasons why Dead Pool is dead on!

***Note: This article contains some spoilers***

1. Nothing is off-limits: Much like the Comedy Central Roasts, it is made abundantly clear to the audience before they tune in just how unapologetically raunchy the show will be. Any topic and commentary is fair game. So much so, the audience is taking full responsibility for any offense they may undergo while watching. Even the most politically correct people may want to set aside their guilt for two hours and indulge in this cinematic pleasure.

2. It’s an R-rated superhero movie: Not only is it absolutely essential for Deadpool to be an R-rated film so that it stays true to the comics, but no real person outgrows the superhero phase. Within a genre typically catered to children, this film is one of very few adult superhero movies. Deadpool can appeal to the child at heart and maintain all of the charm of superhero films while also participating in mature discourse.

3. It’s oddly feminist: Okay, hear me out. First of all, the film features women as both heroes and villains, properly representing that women can be interesting, fully-fledged characters that are just as diverse — just as good or evil — as male characters. Angel Dust, the buff partner to the sinister Ajax (Francis!), spends an impressive amount of time destroying Colossus, one steely member of the X-Men. Although Colossus admits that he does not like to hit women, he ends up having to treat Angel Dust like one of the guys. X-Men’s Negasonic Teenage Warhead also combats fiercely in the brawl. Deadpool’s girlfriend, Vanessa, does not play the damsel in distress either. She helps protect herself and her loved one by giving one of the final blows to her assailant.

The movie doesn’t just inadvertently defy gender stereotypes. Deadpool, while killing his way to Ajax, asks the hard-hitting questions after accidentally throwing a woman across the room: “Is it sexist to hit you, or is it more sexist not to hit you?” He then proceeds to kill her. Clearly, this murder was not routed in misogyny and, realistically, in a world truly free of sexism, she would have been murdered just as mercilessly as the men. Yay, equality! In another atypical scene, Deadpool jokingly threatens to rape a male stalker, which may remind everyone that, yes, men are raped too (not just women). Perhaps most of all — and I don’t want to be too explicit — Deadpool is very open to how sexually dominant Vanessa wants to be in the bedroom on National Women’s Day, thereby challenging traditional notions of masculinity.

4. A good attitude overcomes everything: After Deadpool is diagnosed with terminal cancer and tortured for weeks — mind you, beaten, poisoned, suffocated, burned, impaled, and more — his torturer Ajax warns: “One thing that never survives this place is a sense of humor.” Boy, is he wrong! Deadpool never stops cracking jokes, amusing himself, and serving up smiles for the viewers, no matter what his situation may be. That is a message I can get behind.

5. Challenging the line between good and evil: Deadpool warns numerous times throughout the movie that he is no superhero. He is essentially just a jerk with superpowers. However, it is obvious that his viewers love and sympathize with him throughout the film. This is partly it is natural to be drawn to the character at the center of the plot. Furthermore, Deadpool only kills other bad guys, and he is rewarded with a happy ending alongside the girl of his dreams and his enemy’s corpse. Therefore, it is hard for the audience to reconcile that he really is a bad person. Even if we do think he is all that bad, we love him for it! And so we reflect on our own morality.

6. The true meaning of love: Early on, Wade, the man behind Deadpool, and Vanessa, his girlfriend, admit that they work so well together because they are “the same kind of crazy.” They have a good dynamic, and they are entirely selfless for one another. She is willing to stick by him through his cancer, and she remains encouraging despite his terminal prognosis. Even though he needs Vanessa more than ever, Wade leaves so that she would not have to nurse a dying man. When he is cured of his cancer, his first thought is to see her again, but he feels that it is unfair to expect her to date a man that is deformed by burns and mutations. Wade then pursues a way to cure his hideous skin to ensure that Vanessa will still have the hots for him. Most of all, once she looks upon his ugly face, she still wholeheartedly loves him. They both risk their lives to save one another throughout the film, and they prove that commitment and chemistry far supersede looks and mortality.

7. It’s hilarious: Everyone’s sense of humor is different but I can assure you that the entire audience was laughing together from beginning to end. I will give this example: “You’re about to be killed by a Zamboni! Tell me where your boss is or you’re going to die… in five minutes.”

8. It is awesomely self-aware: Deadpool is known for breaking the fourth wall (or, talking directly to the audience). In the very beginning of the film, he looks at the screen, and says “You’re thinking, ‘Whose balls did I have to fondle to get my own movie? Can’t tell ya — but it rhymes with Pulverine!’” He actually outwardly uses the term “fourth wall.” This is to such an extent that Deadpool even criticizes the movie, satirizing the cliched, formulaic threads in so many films. His friend says to him at one point, “Guy came in here looking for you. Real Grim Reaper type. I don’t know. Might further the plot.” Also, Deadpool makes fun of Negasonic Teenage Warhead by provoking her to overcome the confines of her stock character, to do something besides give a sarcastic comment or a long silence of gum-chewing. To this, she responds, “You got me in a box here.” Later, Deadpool says it’s weird that out of all of the X-Men, he only ever runs into the same two, “almost as if the studio didn’t have the money to pay for another X-Men.”

With so much to love about the first installment of Deadpool, people will be eagerly awaiting its sequel.