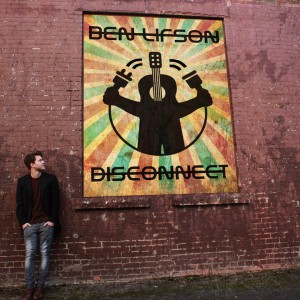 Ben Lifson is a senior at SUNY Oneonta who is pursuing his passion and spending his final college year producing new music and new videos to go along with it.

Tracey Cheek: Is this your first music video?

Ben Lifson: It’s the first music video I’ve done for my acoustic music. I had previously done a music video with my band in high school, but I had a better sense of the direction I wanted to go in this time around. It’s definitely more difficult coming up with a concept and trying to execute it without band members helping out, but I’m very happy with the way the video turned out.

TC: What is the process for making a video?

BL: Honestly it was a pretty laid back process. There were only three people involved in the whole shoot, including myself, so it was easy to work and communicate with one another. Since the music video primarily focuses on past footage of Sarah and I on a date, we were looking for as many places we could film as possible. Obviously Oneonta doesn’t offer as many recreational activities as say New York City, but we still found enough places around town to get some solid footage. Nothing crazy happens in the video, but having pleasant visuals to accompany the audio really helps paint a better picture for listeners

BL: Listeners love being able to watch something as they take in the music, and I knew it would be a great experience, so I just went for it. As I said earlier, most of the video follows past memories of my better half Sarah and I on a date. The camera represents me in the first person, enjoying various activities with her. The second plot in the story is present-day us in our bedroom. I’m writing the lyrics to the song as Sarah is hanging out in the background, and by the end of the song, I go to join her in bed. It’s a love song, so we tried to make it seem as intimate as possible.

TC: What can your listeners expect to hear from the upcoming album?

BL: They can expect to hear some catchy upbeat acoustic music with added harmonica riffs and percussion to add some flavor. My first EP focused more on slower-paced songs about heartbreak, but these tracks are quite the opposite, focusing mostly on upbeat songs about the many joys of love.

TC: What are your goals as a musician?

BL: Just to have fun. I’m not trying to do this professionally; I just want to get the most out of music while I still have so much time to pursue it. It’s always been a huge passion of mine, and I can’t think of any better way to spend my time than doing what I love. Songwriting is such a great outlet for expressing my emotions and different feelings, so even if I don’t continue to release music in the future, I will always be writing for the hell of it.

TC: Where can people see you perform?

BL: As a member of the Songwriter’s Club, I’m always performing at their open mics. Other than that, there are so many opportunities on and off campus where I can be found performing. If you’re interested in hearing me play live, just follow me on my website (benlifsonmusic.com) or social media to find out my latest show dates.

The music video for “Now and Then” drops on Sunday, December 13, and Disconnect will be available on January 10.  Videos, songs, performance dates, and more are available on Instagram and Twitter @BenLifsonMusic, and on Facebook at www.facebook.com/BenLifsonMusic.