Being a writer in the “Internet Age” is tough. There is no path. No clear way to work your way to a Pulitzer. Television and the Internet have consumed the eyeballs of audiences, making the old school version of a columnist or newspaper writer a dated profession.

Though many large newspapers have been able to find some success by transferring their commentaries online (i.e. The New York Times and Washington Post) many other organizations have not had such luck. A perspective writer has to evolve with the changing times and find more innovative ways to get their material in front of people. Ideally, one would turn to the Internet to fill the void, but many sites care more about the quantity of clicks than the quality of writing. One could call it the TMZ-ifaction of the Internet; I’m sure that’s a real word.

That is what made Grantland so unique. When the sports and pop culture website was created in 2011, then Editor-in-Chief, Bill Simmons, aimed to create a trendy, almost hipster online editorial for a generation of people who grew up with iPads instead of newspapers. The hiring team for Grantland found extremely talented and mostly unknown writers for their startup. Many of the writers were in their 20s or early 30s, which projected a youthful twist to the articles, oral histories, videos, and podcasts they produced every day.

Grantland is an ESPN owned site that focused on writing and podcasting in an intelligent way. Staff writers did not have a word count and had great freedom to craft opinions and angles from modern narratives. Technically speaking, ESPN is a television company with a wide array of channels on cable, and they already have an Internet presence with their widely popular website. Grantland allowed ESPN to step outside of their comfort zone because the writers expanded upon trendy sports issues, but also covered everything under the pop culture umbrella. Essentially, the site was a passion project. An independent movie. If both websites were Emma Watson movies, ESPN would be Harry Potter and Grantland would be The Perks of Being a Wallflower. Both good, but for different reasons.

It had the strikingly unusual combination of being critically acclaimed and popular among the masses. I say “had” because four weeks ago, the beloved website ceased publishing. But if it was so popular, why did this happen? The most read sports columnist in America and leader of Grantland, Bill Simmons, was abruptly let go from ESPN after several suspensions and controversial judgments. Most notably, Simmons was critical of NFL Commissioner Roger Goodell during the Ray Rice incident, calling him a “liar.” Simmons has since begun a new gig at HBO where he is doing a podcast three times a week along with a television show in the spring. When the man who created the site and hired the writers left, it seemed like it was only a matter of time before Grantland dissolved.

After it was announced that Simmons was leaving ESPN in May this year, Grantland continued to produce content for several months, but many Simmons-loyal employees did not stay with the site. Recently, podcast producer David Jacoby got his own primetime radio show on ESPN. Wesley Morris now works for The New York Times as a critic at large, and Rembert Browne joined New York Magazine. Four other employees, including three editors, left for HBO, and co-founder Dan Fierman left for MTV News. At that point, it seemed like a foregone conclusion that the site was not going to make it.

If you visit Grantland.com right now, you can still access the complete archives of the site, and the middle of the screen reads, “It was a good run.”

It was a great run. 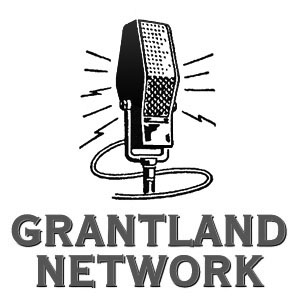