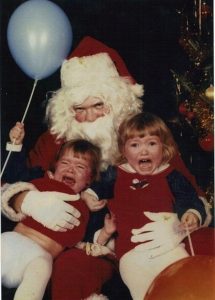 One issue in this debate is the commercialization of Christmas. Everyone has an opinion on Black Friday, the dreaded day of traffic and retail shopping after Thanksgiving that has, in recent years, began Thursday night. Black Friday and Cyber Monday are often the kickoff events for many people’s Christmas shopping seasons. Despite this, Christmas decorations and holiday items such as wrapping paper are seen in stores the day after Halloween.

Christmas is a very profitable time for retail stores, with people purchasing everything from the newest iPad to hams and other food items for their holiday feasts. This year, all of the retail stores have increased their sales strategies to be competitive in the market. Walmart has promised that every day after November 6 there will be 10 new deals online until the end of the holiday season.

Amazon has a “Countdown to Black Friday Promotion” that started November 1 and has new deals daily, while Best Buy had a pre-Black Friday sale this weekend with deals on iPhones, TVs, and gaming systems.

This early celebration and commercialization of Christmas is called the “Christmas Creep,” a term coined in the 1980s. However, with the pre-Black Friday shopping deals causing customers to start shopping earlier, that term seems more accurate than ever before.

Some people also get into the holiday spirit earlier by decorating. The Rockefeller Plaza tree is already in place, and another New York City attraction, the Whiter Village at Bryant Park, opened October 30. Macy’s in Herald Square started assembling their Christmas display on the ninth floor in late September due to the vastness of the display, said Macy’s management. Now you will see many Christmas trees and twinkle lights popping up around town.

Many forget Thanksgiving in their enthusiasm for the Christmas holiday. Thanksgiving is not as easily commercialized as Christmas, due to its focus on food, the minimal decorations needed, and the lack of gift giving. Seeing Christmas begin before Thanksgiving messes with some people’s favorite holiday; turkey coma naps and family gatherings included. Let’s allow Thanksgiving and the turkey have its day in the oven before we start dreaming of gumdrops dancing around our heads and baking cookies for Santa.