The 30 year old safety for the San Diego Chargers has one of the burliest beards around and often goes under the radar as one of the most prolific defenders in the NFL. Weddle has earned All-Pro honors five times in his dominant career. For those interested in learning more about Weddle you can pick up his book, “No Excuses, No Regrets: An Eric Weddle Story” written by Trent Toone.

Coming off the best season of his young career is the left-handed ace of the Houston Astros, Dallas Keuchel. The southpaw had an incredible 2015 campaign that saw him finish 20-8 with a 2.48 ERA, 216 strikeouts, and possibly an American League Cy Young Award. With just three full MLB seasons under his belt, Keuchel and his beard will be rocking H-Town for the forseeable future.

Last year’s MVP runner-up, James Harden, has quickly established himself as one of the most exciting players in basketball. At just 26 years old, “The Beard” has already acquired quite the collection of accolades. Harden has earned All-Star and All-NBA honors three times and has won an NBA Sixth Man of the Year Award as well as an Olympic Gold Medal back in 2012. With his rare ability to handle the ball, shoot the three, and drive the lane, Harden should remain among the NBA elite for years to come.

Pascal William (Cal) Clutterbuck wears number 15 for the New York Islanders and has been killing it this season — both on and off the ice.  This Right Wing player, and alternate captain of the Islanders,  is known not only for his use of force when push comes to shove, but for the Clutterstache.  Fans of the stache have even created a Twitter account @Clutterstache, where you can appreciate his facial hair in all its glory. 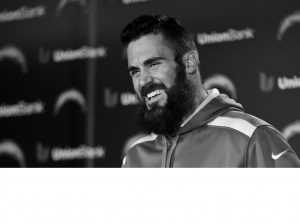 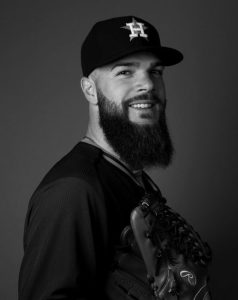 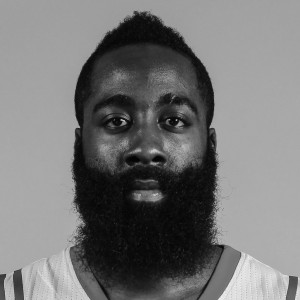 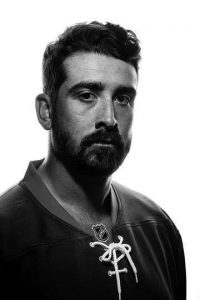