Coming off of the worst season in franchise history, the future of the New York Knicks was looking less than desirable. All eyes were on the Zen Master and President of Basketball Operations, Phil Jackson. How could he anchor this turnaround?

Jackson stuck with his plan and initiated a complete rebuild. Now, the Knicks are giving the fans something that was absent all of last season — hope.

The Knicks have gone 2-1 with victories on the road against the Milwaukee Bucks and Washington Wizards; their lone loss coming from the Atlanta Hawks. The additions Jackson has made in his second year are the ones proving to be the difference early on this season.

The rookie, Kristaps Porzingis, has flashed his potential, averaging 11 points and six rebounds, already with a couple of highlight plays. There is more work to be done, but the potential is there and that’s what Knicks fans are salivating over.

The New York Knicks roster finally resembles an actual NBA team and good things are happening for New York. They have a defensive anchor down low in Robin Lopez, their point guard of the future is quickly beginning to look like Jerian Grant, Derrick Williams is playing just as loose as his Arizona days, and the team is finally starting to look comfortable in the triangle.

The slow start by Carmelo Anthony could be a cause for concern, or it could be a positive, as the question becomes, “How good can New York be once Anthony gets it going?”

We found out the answer on Halloween night as Anthony scored 37 points in a 117-110 win against the Washington Wizards. His scoring outburst came after Anthony shot just 14-43 FG (32 percent) through the first two games.

Their performances have been consistent for the most part in terms of effort. This New York team has been all over the court and the energy is driving New York’s “hot” start. It’s an excellent characteristic a team can exhibit when they are so young and in the process of rebuilding.

This season won’t be anything special and no one is expecting it to be, but it is a crucial time for this team to get better. What strides can this team make by the end of the year? What moves will the Zen Master make next?

The Knicks have shown plenty of promise this year and look to keep improving as a team through what now appears to be a solid rebuild. 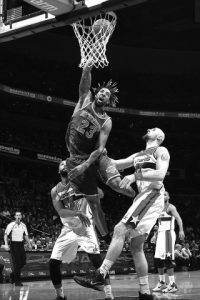 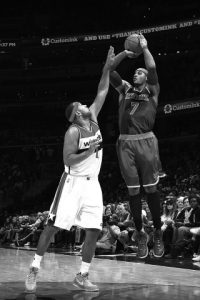