In this peculiar day and age, we are undergoing an incredibly egotistical cultural movement, involving some of the most narcissistic young adults this Earth has ever seen. We each have a whole other world within our iPhones, and obviously we prefer this world because it’s entirely about us. Your Facebook, Instagram, Snapchat, Twitter, and Tumblr are all about people viewing YOU, and we love it. We put ourselves out there to be judged constantly, begging people to PLEASE “like” us, to please give us their approval. When we figure out what our peers or “followers” approve of, we morph into it. We feed off of each other so immensely that we’re becoming each other because at least that way we’re all accepted, right? This leads us to the term we 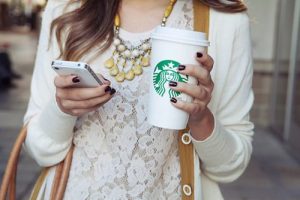 all know and love: basic. We are all so basic.

Let’s take the “basic” female college girl, for example. She usually exhibits a North Face jacket and UGG boots with a Starbucks drink to-go in one hand and her cell attached to the other. Maybe she’s in a sorority, maybe she’s not, but she’s definitely posting at least one apple-picking picture this season. It’s possible she’s bought into the square-rimmed glasses trend; it’s possible that she even purchased a pair with no actual need for said glasses.

Maybe she’s rocking that half-up half-down hair-do that she was throwing shade at a year or so ago, and she’s absolutely loving that man-bun look on men (but only because she’s never actually dated a guy with that hair-do, so she hasn’t experienced being in bed with a guy whose hair is shoulder length, which would 100 percent weird her out when push came to shove). She probably has a tattoo of either her astrology sign, a cross, a feather, or the oh-so-original infinity sign. And you know she lingers at the Hunt Union fountain just long enough to take a picture for the “Gram” before finishing up her pumpkin spice latte. Why? Because all of this is accepted, with open arms, by all of her “basic” friends. It’s safe. She knows she’ll be liked.

Here’s the point: one day you’re going to leave this social fish bowl we call college. The majority of us will move on and stop caring about all the things that mean the world to us now. You’ll wake up one day and realize that 200 “likes” on Instagram means the equivalent of absolutely nothing, and that tweeting everything you’re doing and thinking is weird. Hopefully, your insufferable air of utmost self-importance will dissolve. With some time and luck you’ll gain qualities like humility, and welcome the adult world with a general attitude of “I’ve stopped giving a crap about what most people think about me.” You will have exited out of the cultural narcissism that engulfs you now.

When this happens, you’ll need to have something left. Something like a personality or a sense of self. A being entirely outside of social media, a person who doesn’t depend on a certain number of “likes” for their daily or weekly dose of confidence. Someone who goes out with their friends and doesn’t feel the need to document it on Snapchat. Eventually you’ll stop caring who sees your My Story and who favorites your tweets. The sooner you stop caring about all of this superficial nonsense, the better. Start, as soon as you possibly can, centeri 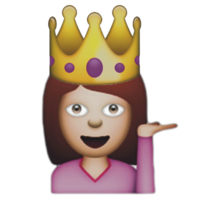 ng your mind and your life on something that actually matters to you, or to the rest of the world. Practice opening up your mind to the possibility that you are not the center of the universe. Life will welcome you happily once you give it the chance.

Disclaimer: I am not claiming that I’m not basic. I’m pretty basic.