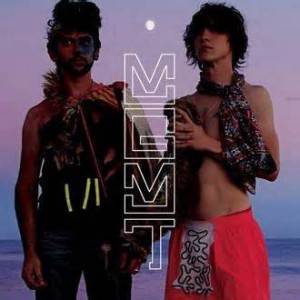 “This is a call to arms/To live and love and sleep together,” MGMT proclaimed on their debut album Oracular Spectacular. And for a time in 2008, the American psychedelic rock duo seemed capable of reintroducing this festival mainstay to a new crowd.

Making psychedelia accessible and vintage glam contemporary, MGMT quickly became slacker heroes to a demographic riding the high of first generation iPhones. Around the time Lady GaGa started discussing “disco sticks” and before Miley stripped away her Disney counterpart, MGMT blew minds and beckoned to the dance floor with their cannon of exciting pop hits.

“Electric Feel” mixed wiry funk with glam rock for a trip through a neon jungle, while the Grammy-nominated “Kids” built a massive chorus on a pulsing beat and soaring synths.

Despite the fresh angle of Oracular Spectacular however, its wide success and mainstream notoriety came as a surprise to the duo, which, also including vocalist/keyboardist/guitarist Ben Goldwasser, began as a joke in the freshmen dorms of Wesleyan University.

Fast forward seven years and college grads of the 2015 class are perhaps the final remains of an age group that had a copy of Oracular Spectacular before a profile on Facebook. Now, GaGa’s doing standards and Miley’s doing Miley, and two albums later MGMT have tried their hardest to shed the skin of celebrity.

Congratulations (2010) employed their live band for an unexpected, guitar-driven set of psychedelic surf pop, with a 12-minute number and odes to Dan Treacy and Brian Eno, hardly popular icons of the 21st century. The record also addressed unforeseen pitfalls of reluctant fame on the timeless title track, spiteful reasons for releasing such an abrupt, albeit brave, followup.

The duo’s 2013 self-titled album further distanced them from the mainstream. A nearly impenetrable record of thick psychedelia and disjointed electronics, MGMT supplanted their once-universal appeal with one more specific.

While their disregard for critical and commercial affection is a trademark of some of rock’s most iconic delinquents, it was a shocking move in the modern age.

This, however, makes returning to Oracular Spectacular such an interesting and intensely enjoyable listen.

Of course, the hits sound as fresh and rambunctious today as they did in 2008; in particular, “Time to Pretend” still triggers that instant relief from sweaty adolescence and high school monotony. Recalling Ziggy-era David Bowie, “Weekend Wars” sounds set in the early 70s aftermath of the hippies’ faux-revolution, MGMT cast as the aging protagonists stuck in a changing landscape.

Throughout Oracular Spectacular, VanWyngarden and Goldwasser visit the frequented detours of getting older, discussing existentialism, boredom and growing pains with equal parts comfort and intrigue. And on the record’s first half, this blend of insightful lyrics and inescapable pop hooks is unforgettable–so much so that the latter half has since remained overlooked.

Exercising their more experimental muscle showcased in later years, the second half of the debut is a startling departure from the immediacy of the first. Coming after the wild beauty of “Kids,” “4th Dimension Transition” sounds like a lost tune from Syd Barrett’s Pink Floyd, initiating listeners into a different realm of MGMT’s world.

It’s understandable that, when compared to the likes of “Electric Feel” and “The Youth,” “4th Dimension Transition” has found it tough to compete for affection. But hearing Oracular Spectacular uncovers the forgotten diamonds in the not so rough.

Acoustic outlier “Pieces of What” has always stood out for its sparsity and Van Wyngarden’s tortured delivery; yet, listen with an additional seven years of hindsight and it becomes a lovely respite from the album’s pace.

“Of Moons, Birds & Monsters” begins as a groovy pop song before giving way to a sprawling instrumental manifesto, and the dark electronica of “The Handshake” sweeps listeners up to space: “We got the handshake under our tongue.”

This welcome to abandon youthful struggles is as seductive in 2015 as it was in high school. Although by now Oracular Spectacular is widely considered a 21st century classic – it’s ranked #18 in Rolling Stone’s list of top albums of the 2000s – it hasn’t lost its mystery or its magic.

People are still living, loving and sleeping together, but they have different leaders now. MGMT’s debut however, will always remain a pivotal entry in opening up the spirits and minds of those who open their ears.