Fashion is not just about clothes— it is also about those who wear them. A model’s job is not simply to fill the empty spaces between the fabric and let one see the clothes at work. Models sell an image. Buyers look at them and think, “That is the kind of person that I want to be.” For what reason? Because they are beautiful, fashionable, skinny, rich or famous?
Designer Carrie Hammer has utilized the power of the model by featuring role models in her recent runway show. Her line up was a collection of women who truly inspire and deserve recognition.
One familiar face among them was Jamie Brewer, actress from American Horror Story and the first woman with Down’s syndrome to cat walk down the runway. Those who joined Brewer were Marie Southard Ospina, advocate of body positivism as Associate Fashion and Beauty Editor at Bustle; Missy Owens, Deputy Chief of Staff at the U.S. Department of Energy for the Obama administration; Kimberly Bryant, Executive Director of Black Girls CODE, which encourages young African-American women to join the field of technology; Wendy Norman, an advocate of bringing technology into the classroom; and many more business women, founders, activists and writers.
Hammer’s show, entitled “Role Models, Not Runway Models,” is part of a larger, bold statement made during New York Fashion Week. FLT MODA, Milan Fashion Week, featured male and female amputees, as well as one woman in a wheel chair and another using a crutch.
Hammer stated that she wanted to help women understand that their beauty is rooted in “power, personality and accomplishments.” This revolutionary performance will help remind people who they should aspire to be: someone who overcomes all odds, is charitable, a leader and makes a difference. 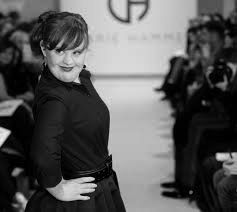