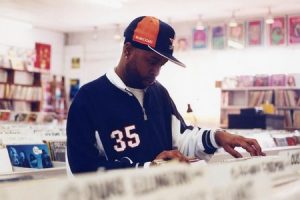 While MC’s in hip-hop manage to garner a majority of the credit behind the music they put out, the people who lay down the foundation do not get nearly enough credit for their craft, which is providing the artist with a beat to rap over. Acclaimed by numerous sources, from rappers to critics and musicians across the board, quite possibly the best hip-hop producer ever was James Dewitt Yancey, also known as J Dilla. Emerging in the mid 90s, Dilla has worked with the likes of Pharcyde, Erykah Badu, MF Doom, the Roots and A Tribe Called Quest, who should be noted as one of the most influential groups of its genre. Unfortunately passing away from a rare blood condition in February 2006, Dilla’s music is still released posthumously and still maintains its bearing to contemporary hip-hop. Undoubtedly Dilla had a great impact on hip-hop, but a recent claim has suggested that he may be “Jazz’s latest great innovator.”
What differentiated Dilla from the rest was not only dexterity in his craft of beat producing, but also his desire to be innovative and experimental. Attributing to much of his success was being an overall fan of music. To craft a beat he deemed worthy of production, Dilla would go through his extensive record collection to find a sample that he could use. His beats were incredibly intricate; there are at least four different sounds, beats, instruments. playing in conjunction with one another and what is manufactured is a completely unique and one of a kind beat.
When it came to the rhythm that he produced, it was often manually done. In an era where many drum beats were used by an automated drum machine, Dilla often went behind the drum kit himself to lay down an appropriate drumline.