With Taylor Swift towering on top of the Hot 100 for six weeks in a row with “Blank Space,” attention has surely been drawn to the song. Aside from the song straying from Swift’s typical style, the lyrics, along with the video, made listeners question what the song was actually about.
Like the rest of her albums, 1989 has secret messages within her lyrics and the message for “Blank Space” reads, “There once was a girl known by everyone and no one.” Stirring up even more confusion, fans waited for a response from Swift.
When asked by SiriusXM about the song, Swift noted how the song started out as a joke.
“The media has had a field day talking about what my personal life is like. So, I was like, they’ve drawn up this fictitious profile of this girl that’s a serial dater, over emotional, unstable, completely clingy nightmare. So, I was thinking about how interesting that character is and if she was a real girl, what kind of song she would write?”
And thus, Taylor answered that question with “Blank Space.”
With Swift newly having found her feminist voice, she is definitely seeking to point out the double standard in the media’s portrayal of her. On an Australian radio show, she recently shut down music critics by remarking on how sexist it is to say that her songs are only about exes when male artists like Ed Sheeran and Bruno Mars do the same, but no one says anything about them.
Let’s be honest here— who gets referred to as “crazy” the most?
Women.
The problem with this word is that it’s used as a weapon to neutralize a woman’s feelings. With the use of common sayings in our culture like, “crazy bitch,” women’s emotions are often seen as irrational and irrelevant. Emotions aren’t crazy; they’re normal. In fact, male artists that have intimate lyrics in a song are romanticized.
So, why is Swift being called crazy? Because since the beginning of time, mental health has been used to discredit women.
Nonetheless, dismantling women’s power with the use of language, clearly is not stopping Taylor Swift. Nothing can stop her now that her feminism is showing. Is your’s? 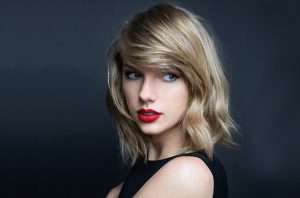