On January 31, one day before the New England Patriots beat the Seattle Seahawks in one of the most exciting Super Bowls in recent memory, the National Football League announced its 2015 NFL Hall of Fame class. These eight individuals will be enshrined in Canton, Ohio before the first preseason game of next season. Here is the distinguished list:

1) Junior Seau, Linebacker: Seau, one of the most dominant linebackers in NFL history, was elected during his first year of eligibility. Throughout his 20-year career with the San Diego Chargers, Miami Dolphins and New England Patriots, he compiled 1,526 tackles, 11 forced fumbles, 56.5 sacks and 18 interceptions. As a 12-time Pro-Bowler and being named to the All-1990s team, Seau instilled fear in any opponent that went against him. Sadly, after a long career in which he suffered multiple concussions, Seau committed suicide in 2012. This once again brought up the question, “Does the NFL actually care about the health and safety of their players?”

2) Jerome Bettis, Running Back: Bettis, also known as “The Bus” was one of the best power running backs of the past 20 years. While spending his playing years with the Los Angeles/St. Louis Rams and the Pittsburgh Steelers (10 with the Steelers), he will be best remembered for lowering his shoulder and using his large frame to run through defenders on his way to the end zone. After his final year in 2005, Bettis retired with 13,662 rushing yards and 91 rushing touchdowns.

3) Tim Brown, Wide Receiver: After the Notre Dame alums 17-year stint in professional football (16 with the Los Angeles/Oakland Raiders), Brown was inducted into the Hall of Fame on his sixth year of eligibility. One of the most lethal receivers in league history, he finished his career with 100 receiving touchdowns (tied for seventh all-time) and 14,934 receiving yards (sixth all-time). He caused some controversy when he accused former Raider Head Coach Bill Callahan of “sabotaging” their chances of winning the Super Bowl against the Tampa Bay Buccaneers in 2002.

4) Charles Haley, Linebacker/ Defensive End: Haley split his career between the San Francisco 49ers and the Dallas Cowboys, retiring with five Super Bowl victories, an NFL record. He finished his career with 100.5 sacks (tied for 29th all-time) and 485 tackles. No matter where Haley played, success followed and will now be placed among the greats in the game’s history.

5) Will Shields, Offensive Guard: Shields is one of the rare modern day athletes that spent his entire career with one team. For 14 years, the Kansas City Chiefs were lucky enough to have one of the most imposing offensive linemen in history on their side. Making 12 Pro Bowl’s in 14 years is an impressive feat and Kansas City quarterbacks are thankful for all of the sacks he prevented.

6) Mick Tinglehoff, Center: Tinglehoff was selected by the Veteran’s Committee after a 17-year career, all for the Minnesota Vikings from 1962-1978. He was a five-time first team All-Pro and went to six consecutive Pro Bowl’s (1964-1969).

8) Bill Polian, Front Office: As the General Manager of the Buffalo Bills from 1986-1992, Polian put together a team that made four straight Super Bowls (even though they never won). Then in 1996, he was hired as the president of the Indianapolis Colts, building a team around quarterback Peyton Manning and wide receiver Marvin Harrison, eventually winning a Super Bowl against the Chicago Bears in 2007. 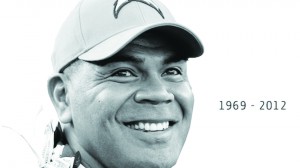