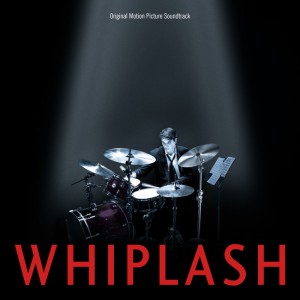 Film is an ideal medium through which to evoke emotion, to amaze or to inspire. The film “Whiplash” accomplishes all of this. In an era when movies being made primarily for monetary gain, this film goes against this grain. Nominated for five academy awards, most notably for “Best Picture” amongst films such as “Selma,” “American Sniper” and “Birdman,” Whiplash has proven itself as one of the best films of the year. Its original debut was at the Sundance Film festival on January 16, 2014 in the drama category. It was the first film shown, and shortly afterward, Sony picked up the copyright for it. Starring Miles Teller and J.K. Simmons, the film portrays a young, aspiring music student at an elite but ruthless music academy meets the merciless instructor of the school’s prestigious jazz band. For what appears to be a basic premise for a movie, it manages to hold itself to a high standard of ingenuity.
Whiplash is a story about aspiration, determination and being broken down, only to be built up again into something outstanding. Andrew, a drummer and student of the music academy, is accepted into Fletcher’s elite band and forced to prove his worth. By means of verbal, physical and psychological abuse,  Fletcher hones his students into the epitome of what a unique, skilled jazz band looks and sounds like. Instilling fear into his students in the band just from his presence alone, Fletcher expects nothing short of excellence. For those unable to provide, they are not given any second chances.
An incredible adaptation, this film has made its mark on audiences worldwide. For the youthful Teller, this may be his breakthrough role. The pair of Simmons and Teller provided exceptional acting skill to a nearly flawless storyline. The story strayed from the expected and cliche, never allowing a check of the watch or roll of the eyes customary to a poorly made film. Completely shattering all expectations and pre-suppositions, this film reinvented, re-mastered a basic story. Its numerous Oscar nominations and critical acclaim has supported its claim as one of the best films of the year. Barriers were broken, limits defied and if you need motivation to move forward, to be successful or just want to watch a movie that will absolutely astound you, here it is.