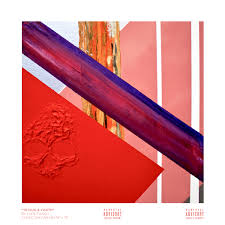 Kicking off the new year, Chicago born rapper Lupe Fiasco released his most intricate and promising project to date, Tetsuo & Youth. In a year predicted to be one of the best in entertainment history (especially in music and movies), Fiasco starts off 2015 with high expectations and delivers an album of distinctive sounds and complex wordplay that requires repeated listening to even begin to comprehend everything he is conveying. Listeners know they are in for a treat when the first song is a nine minute long, seemingly endless wave of rhymes and poetry. Giving this album a listen should satisfy anyone that has even the slightest interest in hip-hop.
The construction of “Tetsuo & Youth,” from the chronology of the songs, to the “seasons” element, which the album is based around, proves the album as nothing short of brilliant. The album begins with an interlude titled “Summer.” The songs following have a summer feel to them, with warm tones and uplifting lyrics. Each season on the album follows the same trend, like “Winter,” in which mellow and somber sounds play. Lupe’s decision to set the mood before the songs even play shows how much work was put into this album. This is definitely a unique approach in presenting songs on an album, which could have been just like any other. Instead, Fiasco takes listeners on a lyrical adventure, with songs ranging from painting murals to going to prison.
“Tetsuo & Youth” is by far Lupe Fiasco’s most ambitious project to date. Just one month into the New Year and hip-hop fans already have a masterpiece to listen to for the rest of the year, which will probably be the time it takes to memorize every word in this behemoth of lyricism. If you are still waiting on Kendrick Lamar or Kanye West’s highly anticipated albums, then Tetsuo & Youth should definitely hold you over until then.