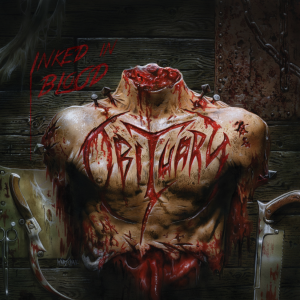 Obituary are a band that truly need no introduction. They have been active since 1984, originally called Executioner. Obituary are one of the true innovators of death metal, a defining band for the early Florida death metal sound. They changed their name to Xecutioner in 1986 and then to Obituary in 1988. The band’s first two records, Slowly We Rot and Cause Of Death, released in 1989 and 1990, respectively, were hallmarks of the genre. Obituary bring the heavily influential riff style of Celtic Frost to new horizons by infusing agonizing and sludgy riffs with a hardcore punk swagger and the intensity, speed and Slayer influence of death metal at the time.
However, since the excellent Cause Of Death, Obituary haven’t been able to come close to the greatness of their first two albums. They stagnated with their sound. The two albums that followed Cause Of Death, The End Complete and World Demise, were good albums, staying true to the Obituary formula within those confines. Obituary have never released a bad album, but much of their later catalog doesn’t stand out compared to their early works. So how does 2014’s Inked In Blood (released on Relapse Records) hold up?
It holds up exceedingly well. What you get when you first turn on Inked In Blood is the reek of a reinvigorated band. The opener, “Centuries Of Lies,” storms right  out of the gate with thrashy fervor and doesn’t stop pummeling you for its two minute run time. The songs throughout vary in tempo and structure but Obituary is 100 percent no frills, no nonsense – just riffs. There are no melodic or clean passages to be found here, no hints of progressive music. This is death metal at its most straight-forward and to the point. If death metal were to be equated to slasher movies, Obituary are Michael Myers. They are going to come straight for your jugular.
Besides the opening track, other highlights include “Pain Inside” for being the caveman-like sludge that Obituary are known for. Also, the hardcore-tinged “Back On Top” is an awesome, catchy pit-starter. The quality is fairly consistent throughout Inked In Blood. The born-again zeal this album is ripe with is very reminiscent of Carcass’ 2013 comeback Surgical Steel, except Obituary weren’t broken up for over 10 years.
The production on Inked In Blood is perfect. This album was recorded at the band’s home studio, RedNeck Studio. Who else can make Obituary sound their best on record than the band themselves? The guitars have the sharp fuzz that is signature of Trevor Peres’ guitar tone. The drums are clear while still sounding organic. John Tardy’s signature guttural wails are ever-present and highlighted by the production.
Inked In Blood is a fun listen cover-to-cover. All the elements of Obituary’s sound are present. Memorable, catchy riffs are littered throughout. With so many bands pushing the boundaries of extreme metal, it’s nice to know that some bands are in business for themselves. Inked In Blood serves as a big middle-finger to those who want bands like Obituary to change. They simply won’t. This album would also serve as a great gateway album if you are new to death metal, especially if you’re a fan of hardcore and punk. Inked In Blood is fun, boneheaded riffs galore.