At this point in the season, the Heisman is Prescott’s to lose. Starting off the season unranked, Prescott has led Mississippi State to become the number one ranked team in the nation. This alone is keeping his Heisman stock above the only other candidate, Mariota. Prescott’s passing numbers aren’t impressive with 1694 passing yards, 15 touchdowns, five interceptions, a 60.3 completion percentage and 83.2 QBR. However, his threat in the running game is an overwhelming factor as he’s notched 664 yards and 10 touchdowns. The numbers speak for themselves as he has led his team to victory week after week in a tough SEC West division.

How does he stack up against Mariota? The Oregon quarterback has better numbers through the air with 2283 yards, 24 touchdowns, one interception, 68.8 completion percentage and 89.4 QBR. In the running game, Mariota fails to match Prescott’s productivity, rushing for 325 yards and five touchdowns during the season. It looks as if there isn’t a sizeable lead established by Prescott, so why does the nod go to him for now?

It’s simple: Mississippi State’s undefeated record. The only scenarios where Prescott loses his lead for this award would be if Mariota has record-breaking performances week-in and week-out or if the Bulldogs lose a game. There is a precedent regarding players, more specifically quarterbacks, who have had less passing yards, more rushing yards and took their team to a national championship. In 2010, Cam Newton won the trophy over Andrew Luck. Newton accumulated 2854 passing yards, 30 touchdowns, a 66.1 completion percentage, 1473 yards rushing and 20 touchdowns. Luck notched 3338 passing yards, 32 touchdowns, a 70.7 completion percentage, 453 rushing yards and three touchdowns. Newton’s rushing yards were a factor, but pairing that with an appearance in the BCS National Championship game only made it that much stronger.

Currently, the nod goes to Prescott. However, due to college football’s unpredictable nature, anything is possible. With four more games in the regular season, there is still a lot of room for changes to possibly occur within the Heisman standings. For now, the Heisman currently belongs to Prescott after his performance against Arkansas, throwing for a career-high 331 yards, leading his team to another victory. Until the actual winner is crowned, fans  will have to strap on their seatbelts for another crazy ending to what already has been a great season. 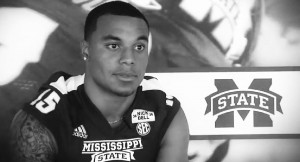