With the 2014-2015 NHL season already underway, it’s time to see which players and coaches will win some of the individual awards.

Hart Memorial Trophy (League MVP) – Sidney Crosby, Pittsburgh Penguins: Sidney Crosby won the award last season and is the favorite to take home the prize once again. Crosby is without a doubt the best player in the NHL. Last season he led the league with 104 points and is a threat to score or get an assist any time he touches the ice. Number 87’s superior on-ice vision has improved the game of any player that plays with him. Pascal Dupuis and Chris Kunitz have had the best years of their career with Crosby at center. The only thing that can possibly hold him back is his recurring head injuries that have forced him to miss large chunks of the regular season in the past. But when he is healthy, Crosby is the best player of the post-lockout era.

Vezina Trophy (Top Goaltender) – Jonathan Quick, Los Angeles Kings: After missing a portion of the 2013-2014 season due to a groin injury, Jonathan Quick is in the running to win this year’s Vezina. But in the 48 games he did play last year, Quick had a minuscule 2.07 Goals-against average (GAA). He was also a major reason why the Kings were the 2014 Stanley Cup champions. During the playoffs he had a 2.58 GAA and was the only goalie who could match up against the Rangers’ Henrik Lundqvist. With a clean bill of health, Quick should be able to play more games and with the solid defensemen in front of him (Drew Doughty, Alec Martinez, Matt Green and Robyn Regehr) and defensively responsible forwards, opponents will be struggling to score against Quick and the Kings night in and night out.

Calder Memorial Trophy (Rookie of the Year) – Tanner Pearson, Los Angeles Kings: In Pearson’s first six games of this season, he already had five goals. While this torrid pace isn’t expected to continue, Pearson is going to be one of the major contributors on one of the most talented teams in the league. Most of the Kings opponents are going to put their best defensemen against established superstars Anze Kopitar, Marian Gaborik and Jeff Carter. This will give Pearson the opportunity to play against opponents second and third defensive pairs, allowing him to show off his true talent. This former first round pick has a bright future ahead of him, playing for one of the league’s most respected organizations.

James Norris Memorial Trophy (Top All-Around Defenseman) – Erik Karlsson, Ottawa Senators: Before this season started,  Ottawa Senators Head Coach Paul MacLean named Karlsson captain after the Senators traded forward Jason Spezza to the Dallas Stars. During the 2013-2014 campaign, Karlsson was the NHL’s highest scoring defenseman with 74 points. His speed allows him to jump in on the rush, almost acting like an extra forward. He has one of the hardest shots in the league, making him a threat to score anytime Ottawa has a power play. While he is known to have the occasional defensive lapse, most of the time he is a reliable defenseman going against the opponent’s top line.

Jack Adams Award (Coach of the Year) – Todd Richards, Columbus Blue Jackets: After an exciting 2014 playoff series in which they went on to lose to the Penguins in six games, the Columbus Blue Jackets are ready to make another run to the playoffs. Head Coach Todd Richards inspired last season’s young group to make a surprising run, but they should be expected to make the playoffs again this year. Richards has one of the hardest working lineups led by Brandon Dubinsky, Nathan Horton and Jack Johnson. With the emergence of young stars Ryan Johansen, Cam Atkinson and Ryan Murray, scoring will not be a problem. In addition, they have one of the best goalies in the game, Sergei Bobrovsky, to solidify their team. Expect the Blue Jackets to finally make it past the first round of the playoffs and make a deep run. 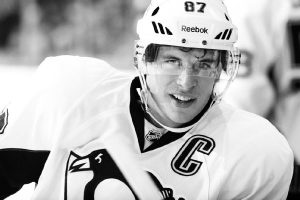