After coming up three wins short of winning the Stanley Cup, the New York Rangers are heading into the 2014-2015 season with championship aspirations. Despite losing some important pieces from last season’s playoff run, Ranger fans should be confident with the team that General Manager Glen Sather has put together.

The biggest strength that this team has is in goal. Henrik Lundqvist is widely considered as one of, if not the best goalie in the NHL. With him between the pipes the Rangers have the ability to beat any team on any given night. During the 2014 postseason, “King Henrik” had a 2.14 Goals Against Average and was the biggest reason the Rangers made it as far as they did. Expect him to be in the running for the Vezina trophy as the league’s top goalie. On the days Lundqvist doesn’t play, Cam Talbot is a more than capable backup after his breakthrough play during the 2013-2014 regular season.

Another important part of the Rangers success is their defense. Ryan McDonagh, Marc Staal and Dan Girardi are three of the top defensemen in the game. McDonagh has been growing as an offensive force as well, scoring a career high 14 goals last season. On October 6, McDonagh was named team captain by Head Coach Alain Vigneult. Girardi, Staal, Marty St. Louis and Derek Stepan will rotate as alternates. With the signing of Dan Boyle, the “Broadway Blueshirts” finally have two dependable point men on the power play, while Kevin Klein and John Moore round out a solid top six defensive lineup.

A major question that always follows this team is, “Will the offense be able to score enough goals?” Despite having superstars like Rick Nash and St. Louis, the Rangers struggled to put the puck in the back of the net in 2013-2014, only averaging 2.61 Goals Per Game. There will be added pressure on Nash to start scoring more after a disappointing season, while missing the early parts of the year due to concussion symptoms.

An early setback this team has already faced in the preseason was the injury to first line center, Derek Stepan. Stepan, who had a career year last season (57 points), broke his leg during non-contact skating drills and is expected to miss at least the first month of the season. In his absence, the other centers, Derrick Brassard, J.T. Miller and Dominic Moore are going to have to play a bigger role in the faceoff circle and on the power play.

One major advantage the Rangers offense has is speed. Mats Zuccarello, Carl Hagelin and Chris Kreider are three players whose pure speed can cause fits for opposing defenses. Each of these three players set career highs in points last season and are looking to continue their strong play.

There have been a few rookies who impressed Ranger coaches and fans during training camp and preseason. Anthony Duclair, 19, had five points in his first three preseason games and has already gotten time on the power play.  On October 7, Duclair was named to Rangers roster. Ryan Haggerty, 21, has also played well, putting up three points against the Philadelphia Flyers. Haggerty was recently sent down to the minors, but his strong play will make him one of the first players called up if an injury does occur.

After losing the Stanley Cup finals to the Los Angeles Kings, Rangers fans have anxiously waited to see their team back on the ice at Madison Square Garden. After a disappointing summer of New York sports, the excitement is coming back. 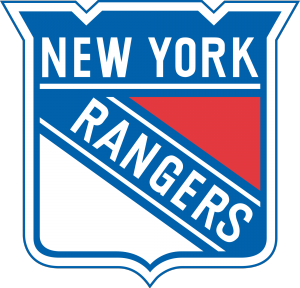