In August, New York Islanders owner Charles Wang agreed to sell a portion of the team to an investment group that will eventually acquire the majority of shares. The Islanders have made improvements this offseason to revamp their offense, just in time for their last season on Long Island.

After this year, they will move to Brooklyn and play at the Barclay’s Center, but they will still be known as the New York Islanders. The Islanders are looking to bounce back from a lackluster record of 34-37-11, finishing last in the Metropolitan Division.

They added offensive firepower with the signings of Nikolai Kulemin from the Toronto Maple Leafs and Mikhail Grabovski from the Washington Capitals. Head Coach Jack Capuano has a plethora of talent on offense and can mix and match his lines to build team chemistry and maximize potential.

The Isles also signed former St. Louis Blues goaltender Jaroslav Halak, who was traded to the Buffalo Sabres before last season’s trade deadline. Halak’s services were needed because former starting goalie Evgeni Nabokov signed with the Tampa Bay Lightning this offseason. Halak signed a four-year contract worth $18 million; he is a great fit for this team because of his playoff experience in St. Louis. This team has a nice mixture of size in Michael Dal Colle (6’3”) and Brock Nelson (6’3”) and speed, with possibly the fastest skater in the league, Michael Grabner. The defensemen also contribute offensively which is key to winning games. Lubomir Visnovsky provides a veteran presence for the young guns to look up to, including Calvin De Haan and Travis Hamonic. Just last week the Islanders made two trades that brought in veteran defensive experience. They acquired Nick Leddy from the Chicago Blackhawks and Johnny Boychuck from the Boston Bruins. Both players have won Stanley Cup championships in the past four years.

The leadership of the Islanders is evident with John Tavares as captain. Kyle Okposo and Frans Nielsen will both serve as alternates, alongside Tavares. July was a busy month for the Islanders, inking backup goaltender Kevin Poulin to a one-year, two-way deal and signing notable forwards Casey Cizikas (two years), Grabovski (four years), Kulemin (four years) and Cory Conacher (one year, two-way).

The team is concentrating on the future, and it’s certainly looking bright. The Islanders have the sixth youngest team (average age is 27) and are tied with the Los Angeles Kings and Calgary Flames with 27 players signed to their roster. The Islanders will be on the road against the Carolina Hurricanes in their first regular season matchup, then back in New York for their final opening night at the Nassau Coliseum. 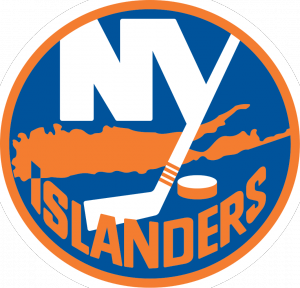