It’s been a two-year wait since Jason Mraz has given us something new to listen to. There are only so many times we can play “I Won’t Give Up” without giving up on the song. This past August, Mraz released a new album, titled “YES!” And yes, it was well worth the wait. 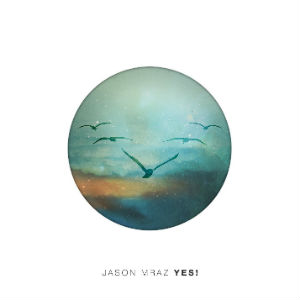 “YES!” is an even mellower album than the previous, “Love Is A Four Letter Word.” However, several songs have the potential to be the next “I’m Yours”–destined to eventually be played in grocery stores all over the country. The album opens with instrumental track “Rise.” Its orchestral nuances grab your attention and keep you curious as to what comes next. The album takes you on a relaxing journey, and is a wonderful break from mainstream Top 40 songs. Peaceful folk tunes combined with Mraz’s distinct, soulful voice makes “YES!” an everlasting album.
“Love Someone” was the first song released, followed by a touching music video. Be prepared with some tissues at the ready while watching. This is a song that is relatable for just about anybody. Friends, family, lovers–Mraz gives a happy reminder to appreciate those around you. “Best Friend” is another moving track about admiring friends and giving them thanks.
“A World With You” is a romantic song about traveling the world and exploring new places. “Let’s hit the road/And throw out the map,” opens the song and sets the mood of adventure.
Another mushy track off the album is “Long Drive.” It’s a dreamy song that evokes memories of summer romance and driving around with a high school sweetheart.
Mraz is a modern-day hippie. His “tree-hugging” way of life is enhanced throughout this album, spreading positive messages to those who listen. Mraz brings up issues of technology in society in “Quiet.” The song opens with a countdown, an acoustic guitar and lyrics saying, “Every time I hear music/They’ve added more stuff to it/Things are always moving into a futuristic place.” Mraz makes his viewpoint crystal clear in this track.
His admiration of simplicity and appreciation of nature is heard again in the song “Back To The Earth.” Roosters crow as Mraz preaches about taking a step back from the stresses of life and remembering the importance of Mother Nature in all her glory.
“YES!” is an album that sends some very strong messages, done in an optimistic tone. With all of the horrible things happening in the news lately, this album is a breath of fresh air. Pure vocals, authentic instrumentals and no vulgarity are what Jason Mraz does best while sending out his messages. This album sends contagious positivity to its listeners. If you want to start the day off on a high note, set the song “Hello, You Beautiful Thing” as your alarm-tone.